From the field to the stands to the skies above, nothing in college football matches the game day atmosphere of Beaver Stadium. 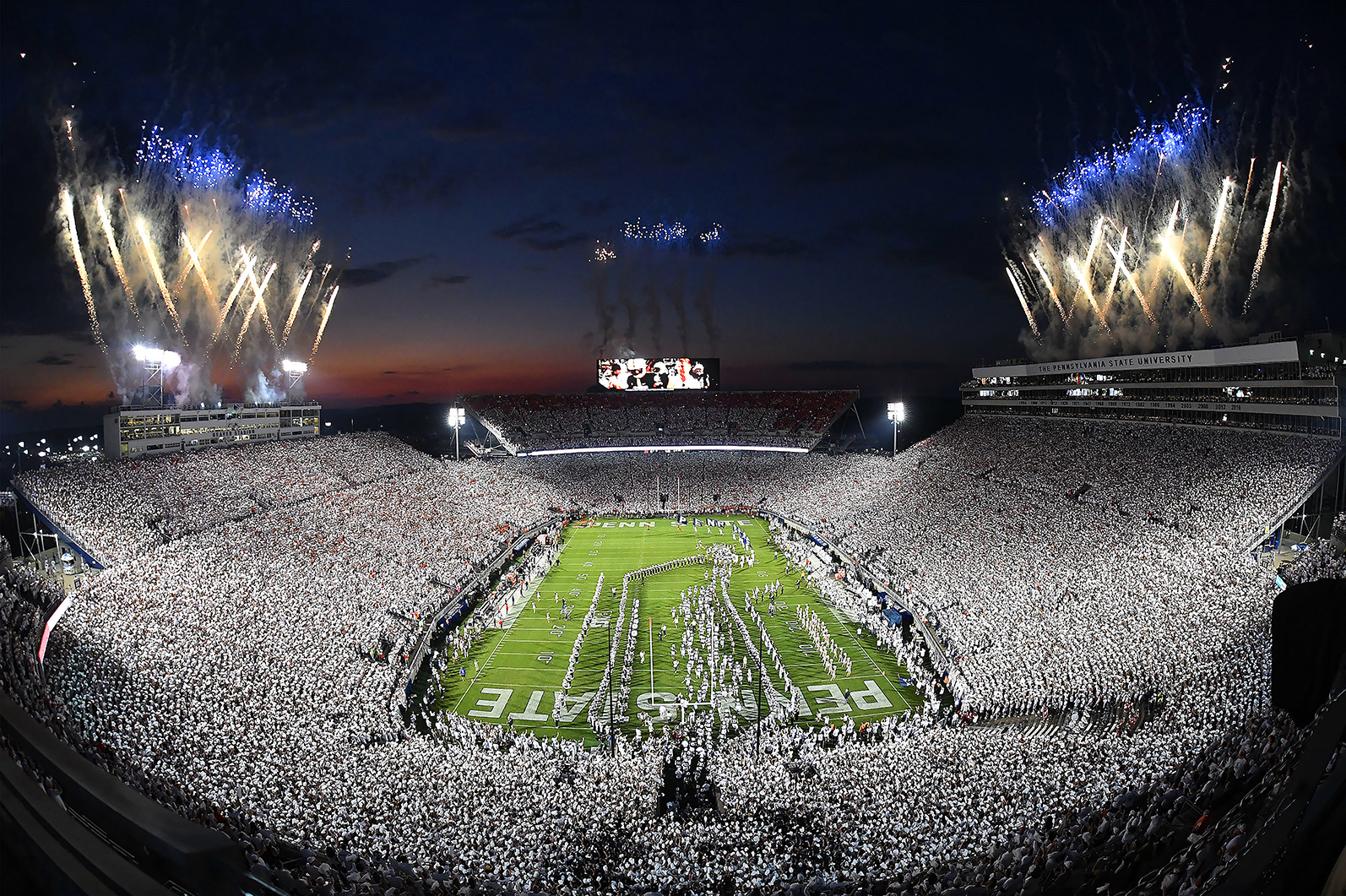 Plenty of factors made Auburn’s visit to Beaver Stadium last September a memorable one, not least the rarity of an SEC team heading north for an early-season matchup and a tight contest in which the Nittany Lion defense held off the Tigers late to secure the win. But much of what made it special for the nearly 110,000 people in attendance (minus the 5,000 or so Auburn fans, although even they seemed pretty impressed) applies to nearly every Penn State home game. It helped that conditions for Auburn’s visit were just about perfect—anyone in the stands that night remembers that sunset—but when it comes to Beaver Stadium game days, some things are constant. The Nittany Lion at midfield. The Blue Band in formation. The team emerging from the tunnel. The roar and motion of the crowd. And of course, once a year, a White Out, glowing bright under the evening sky.

But one more thing made that game particularly memorable. Last fall, after the pandemic-shortened 2020 season was played without fans in attendance, the stadium pulsed with an extra year’s worth of pent-up energy. Everyone realized just how much they’d missed it. In that spirit, and with another season upon us, we celebrate the sights, sounds, and spectacle that make Beaver Stadium game days unlike anything else. 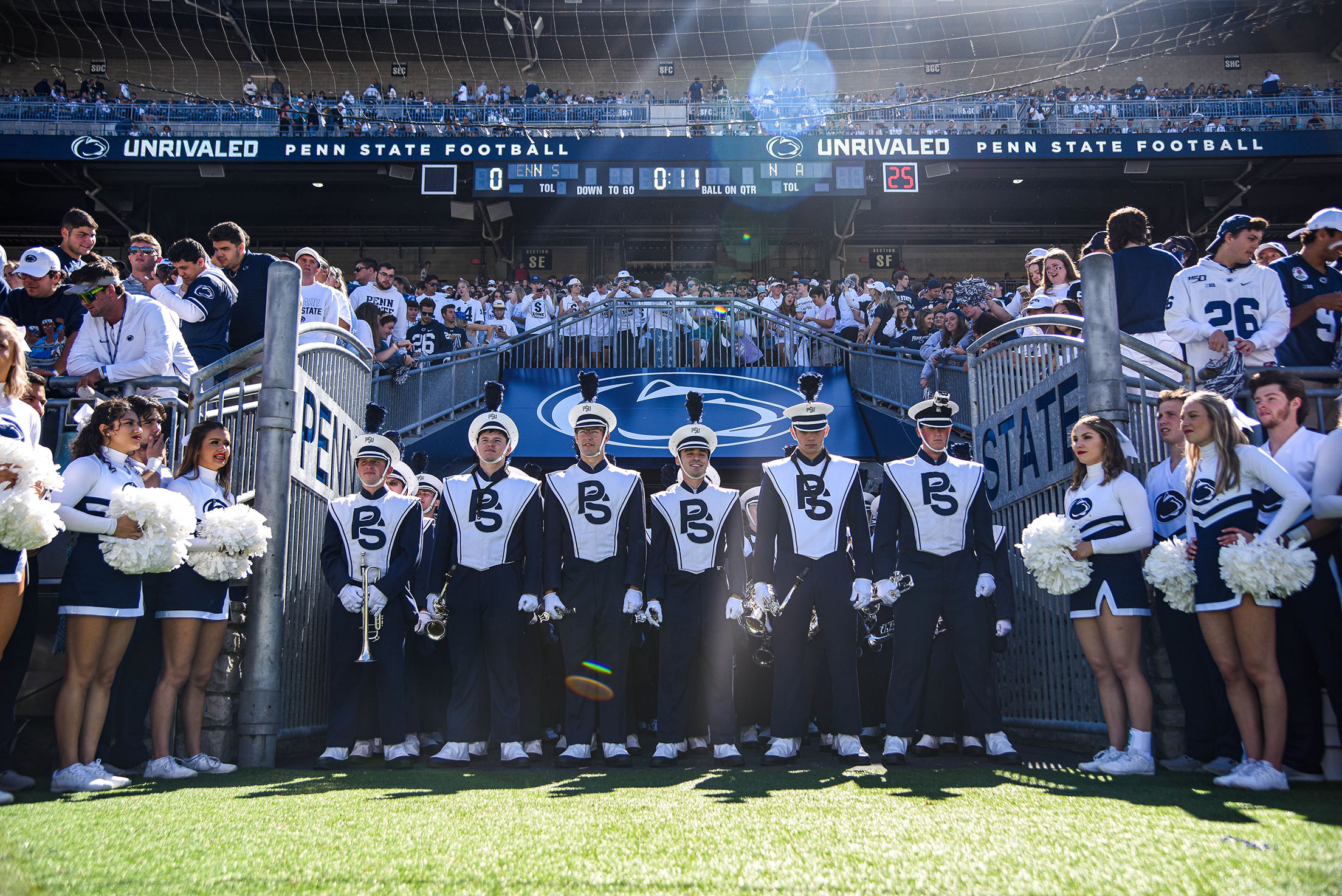 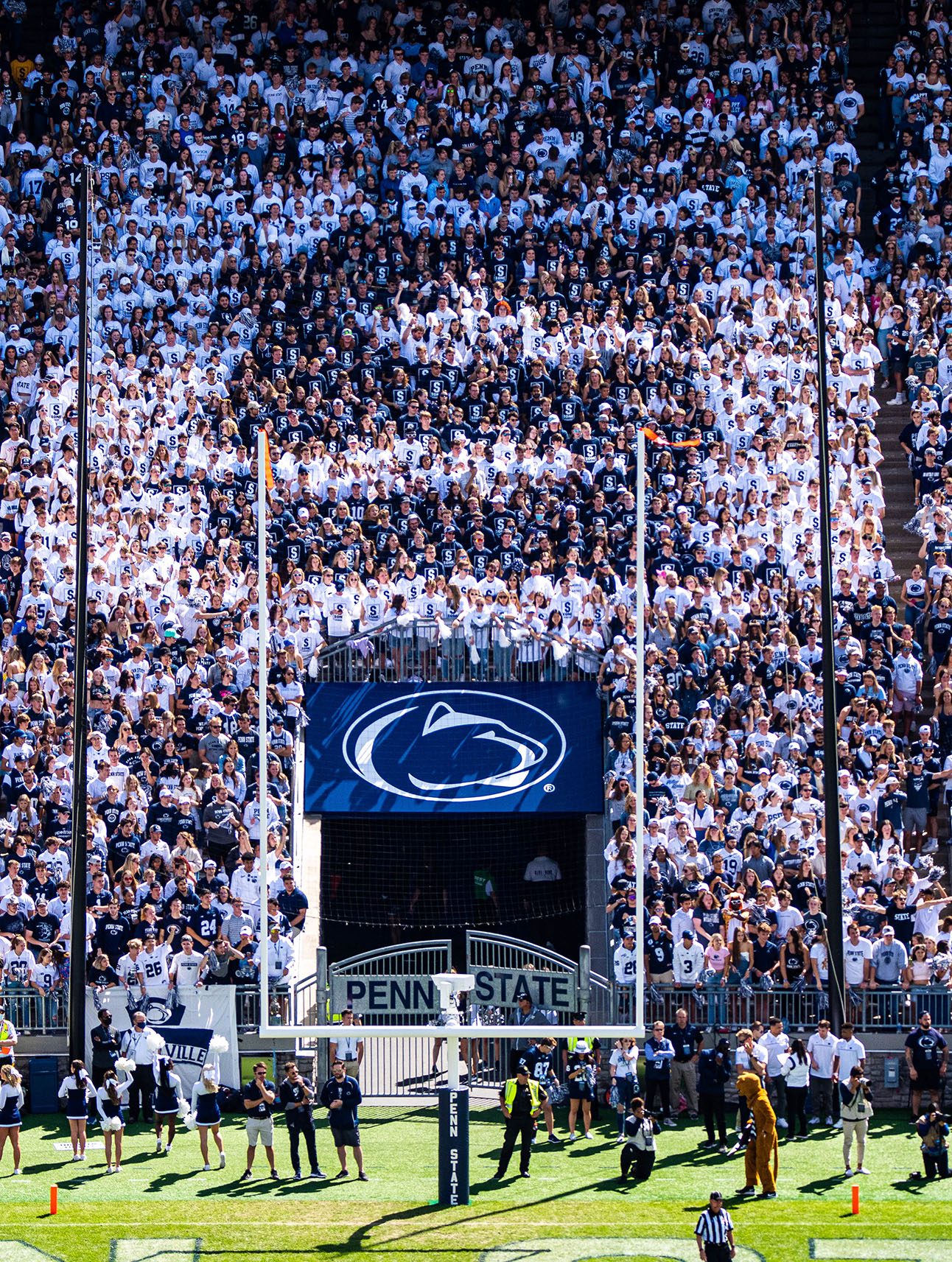 TUNNEL VISION: The south end zone tunnel allows for grand entrances; it’s also the hub around which 21,000 students sway, shake, and roar. When the Lions need the crowd behind them, that roar comes loudest from the south end. Postgame, a quick stop at the Victory Bell awaits before the team jogs back in to get ready for another week. (David Abruzzese '17 Com) 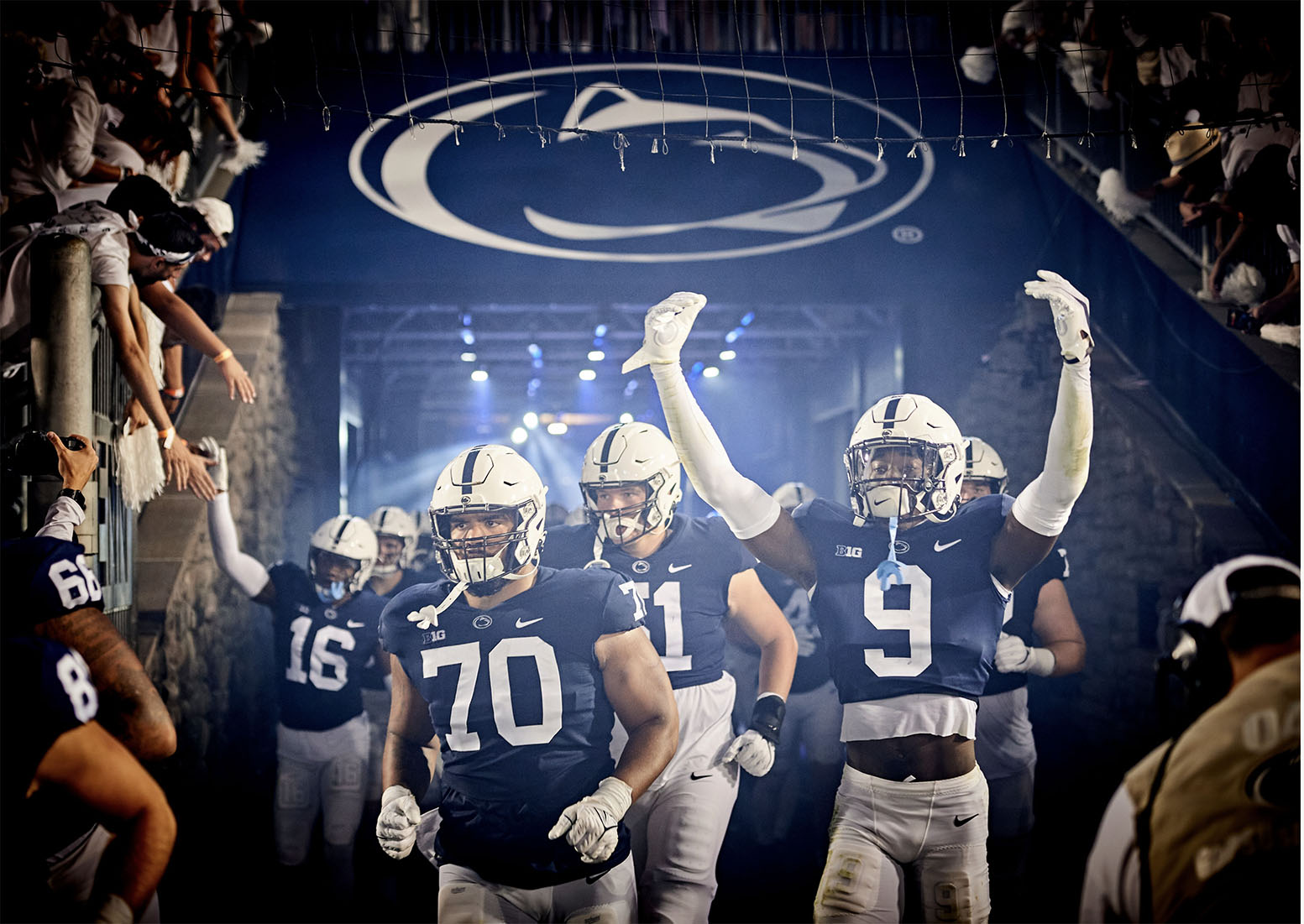 GET HYPED: Penn State fans generally don’t need much encouragement to get involved in the game, but there are plenty of folks on the field happy to offer it anyway. Short of a big play, arguably nothing gets the crowd on its feet quicker than the Nittany Lions’ pregame entrance, while the cheerleaders and Lionettes dance team keep fans engaged through any lull in the action. (Steve Tressler) 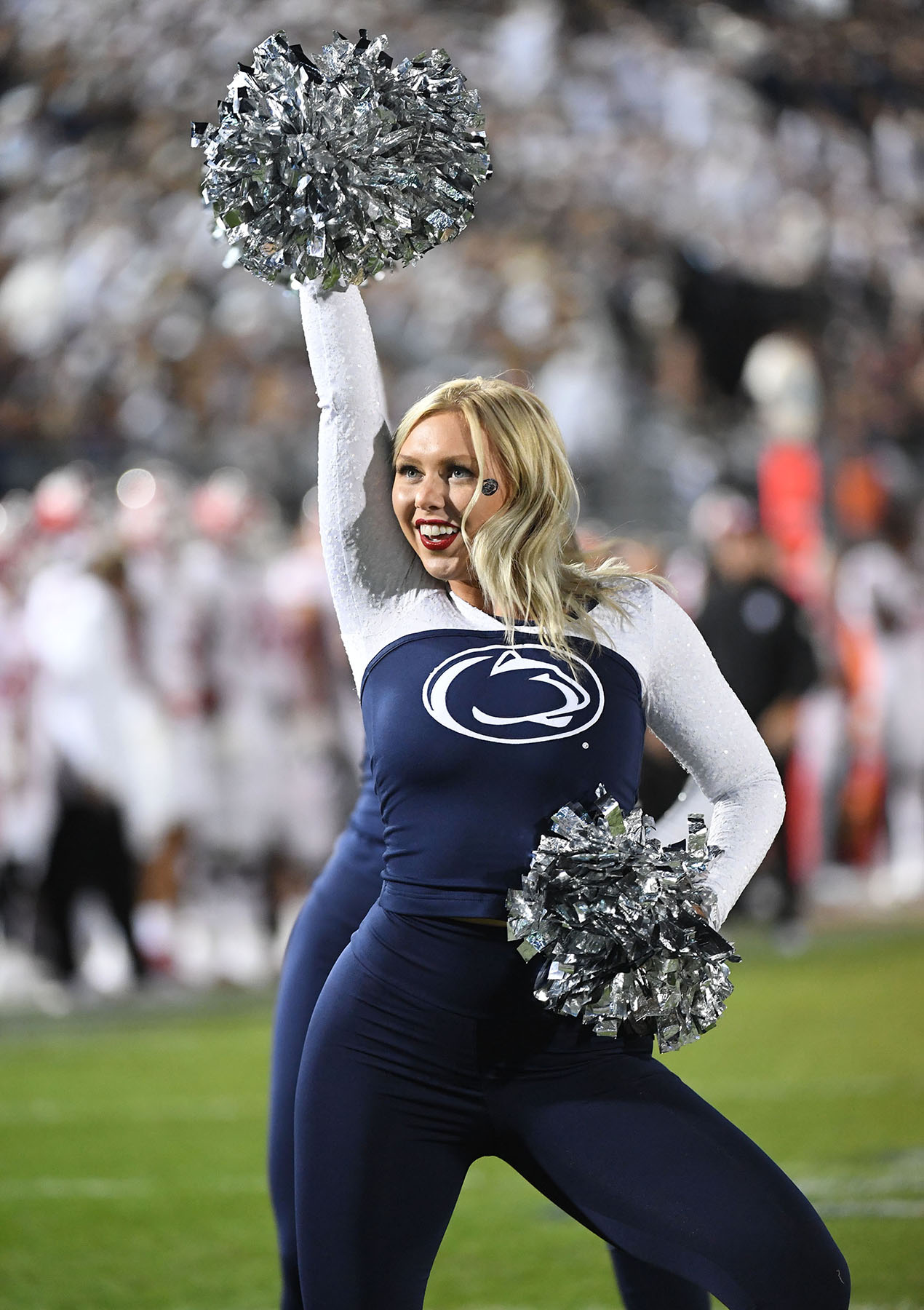 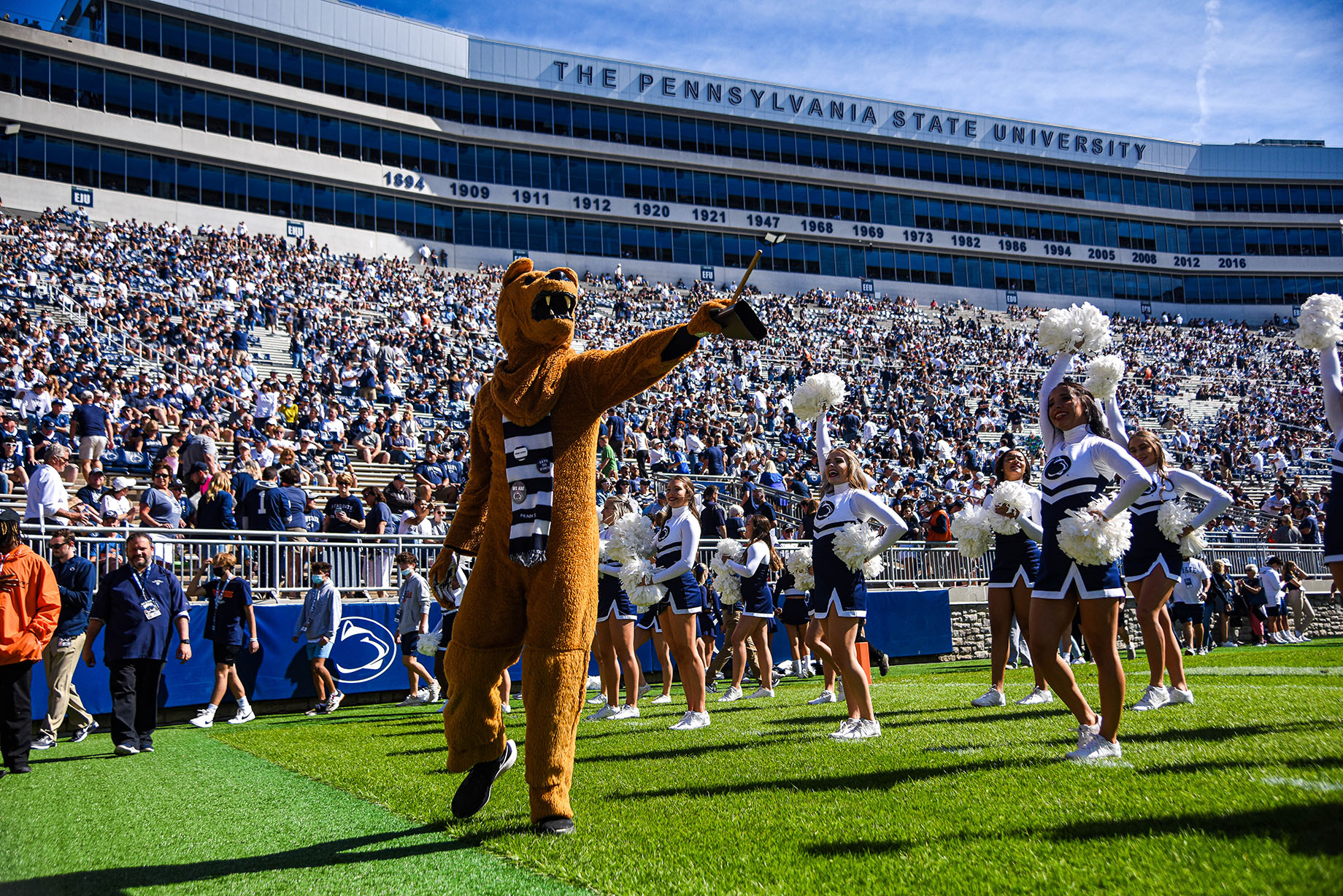 TRADITIONS OLD AND NEW: The Lion’s look has evolved over the decades, but from counting off points with pushups to knocking out a beat on that cowbell, some things are constant. Student traditions have changed over time, too—many alums miss the days of flying marshmallows and tottering cup stacks—but the smiles are as bright as ever. (David Abruzzese '17 Com) 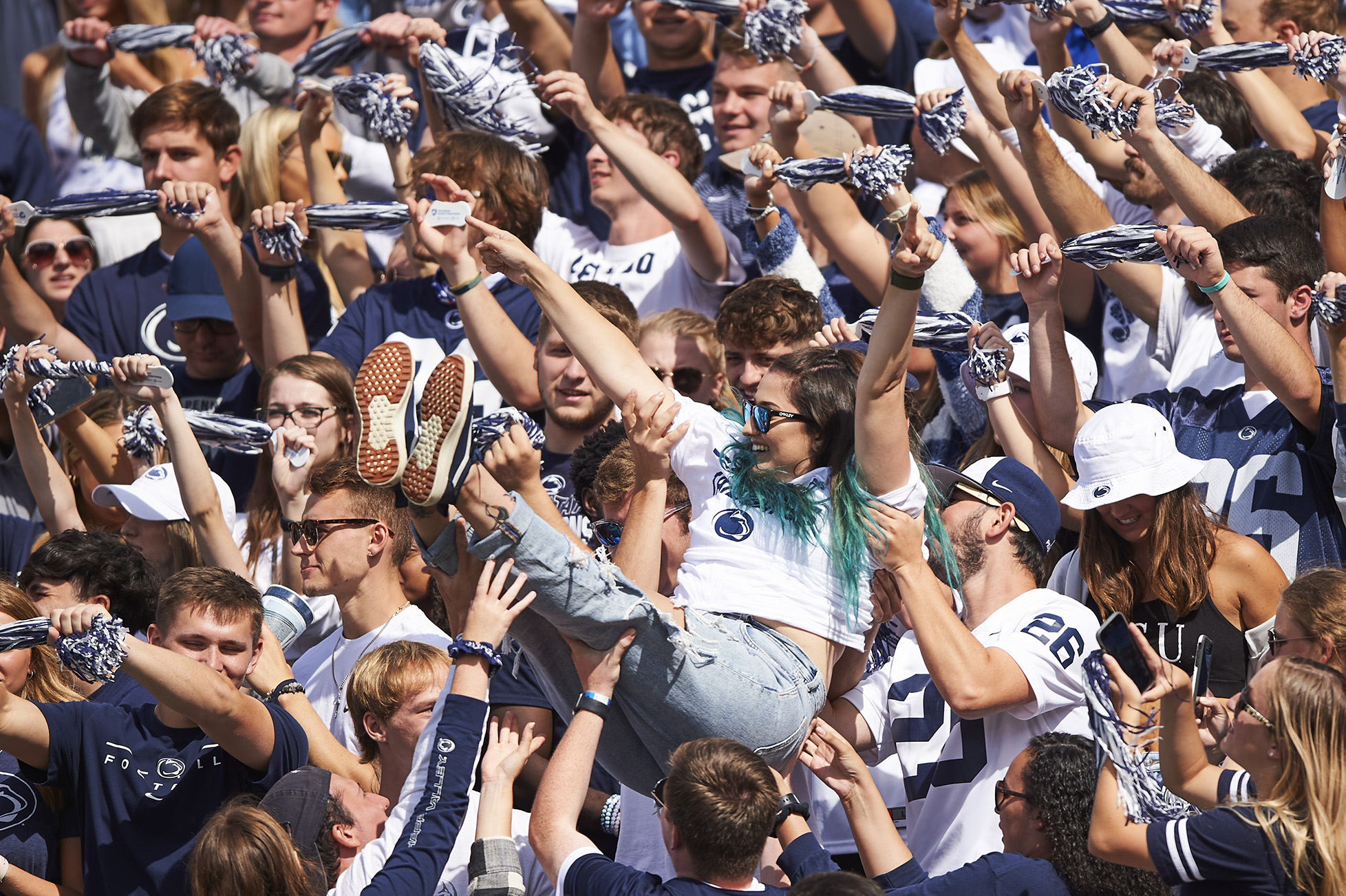 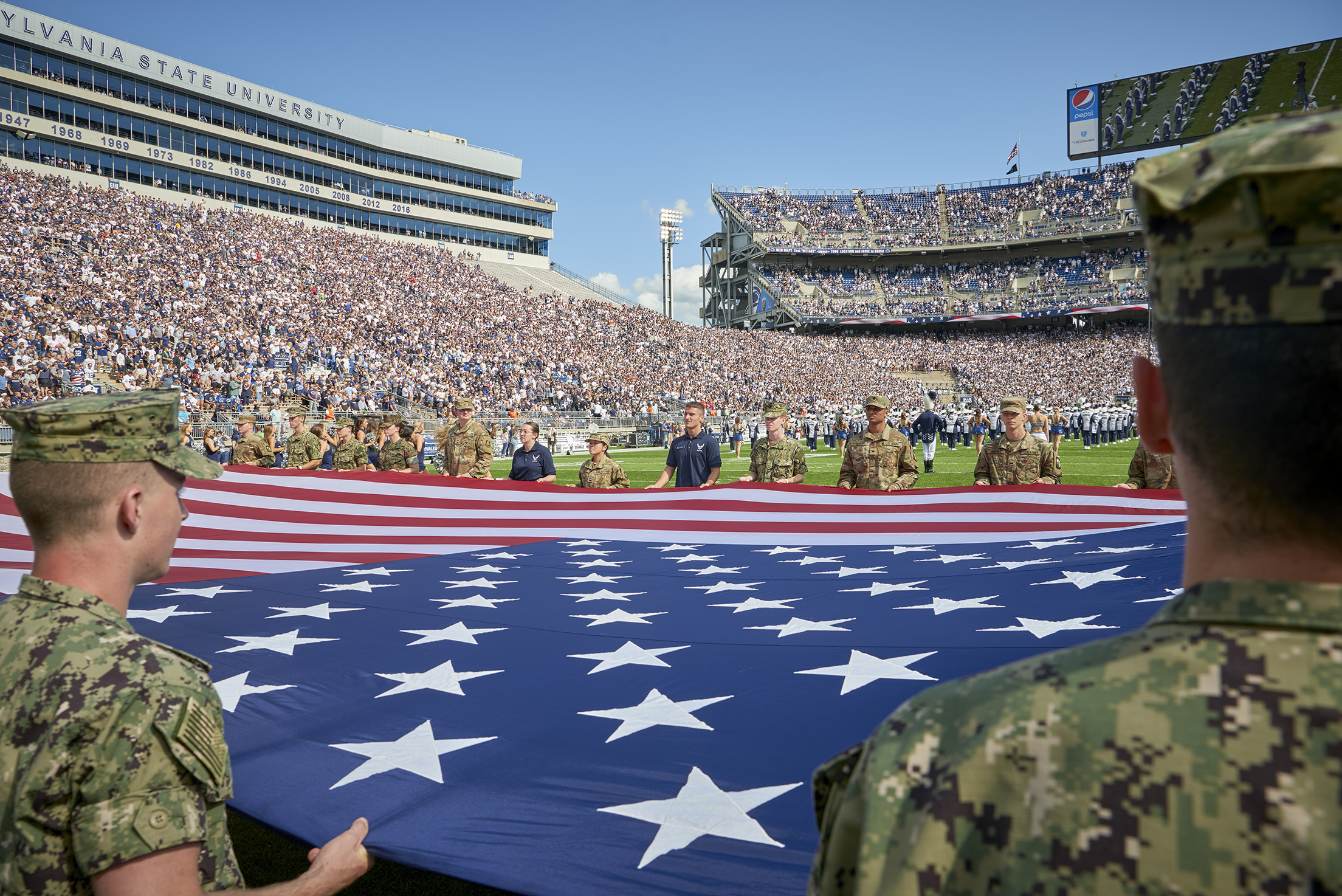 ALL OCCASIONS: The White Out draws national attention, but it’s hardly the only “theme” game on the schedule. From Homecoming to All-University Day to the “Generations of Greatness” throwback uniforms, nearly every home football Saturday offers a draw beyond the action on the field. (Steve Tressler) 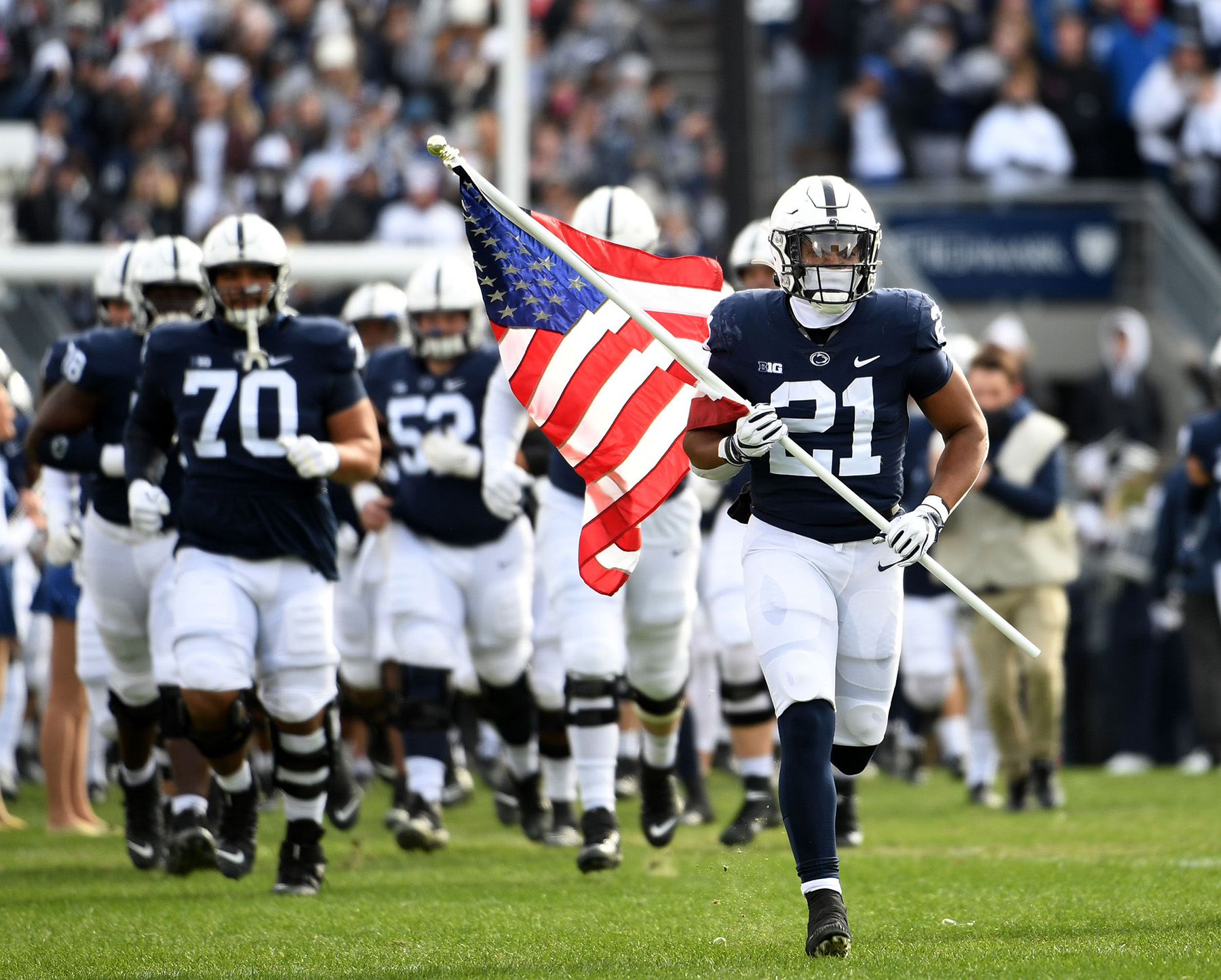 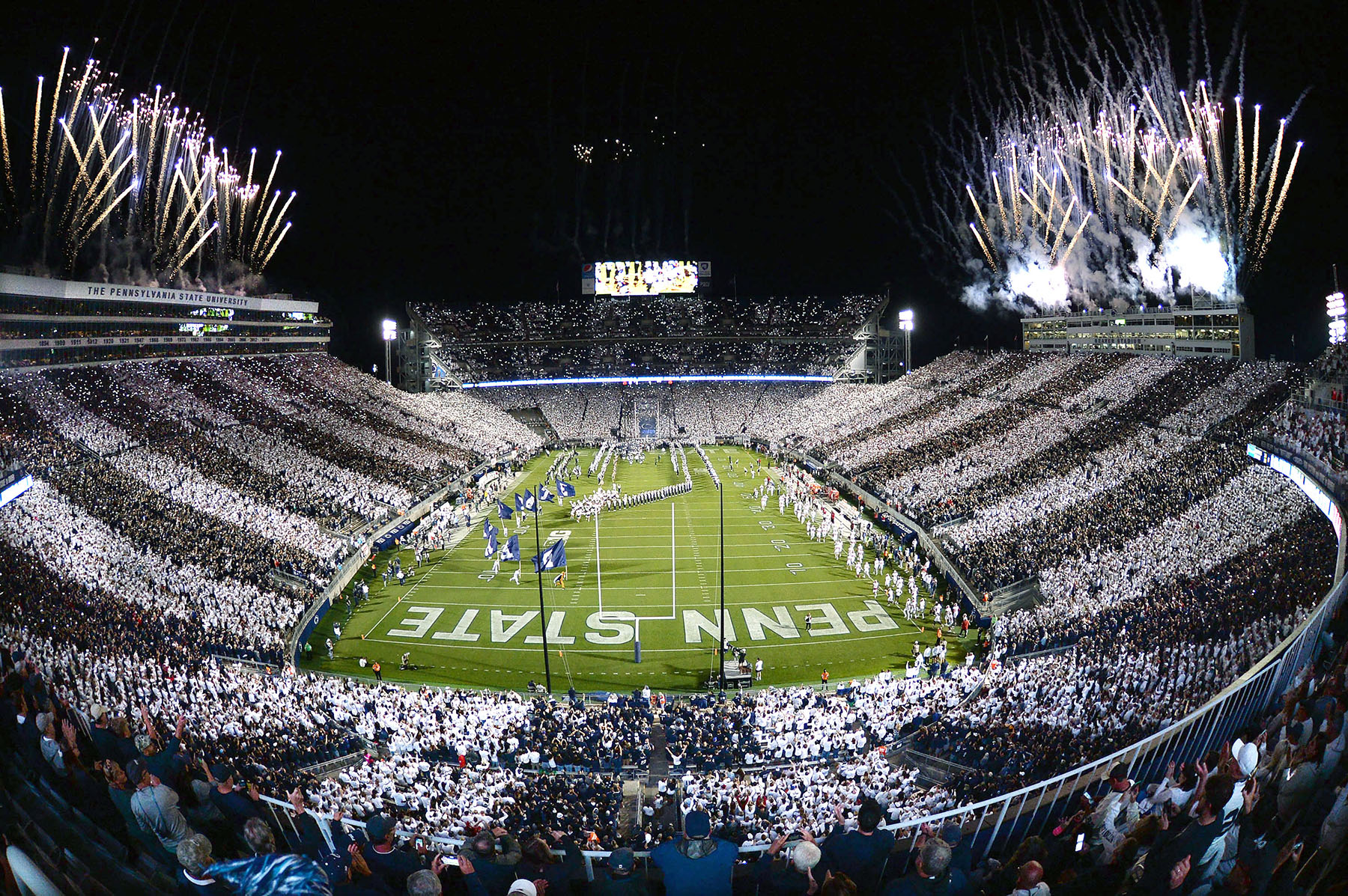 ALWAYS BLUE & WHITE: The success of the White Out has inspired “color-out” games at programs around the country; it’s also inspired variations at Beaver Stadium, from the Stripe Out (above) to a “helmet-stripe” game that echoes the Nittany Lions’ iconic headwear. (Steve Manuel '84 Lib, '92 MA Com) 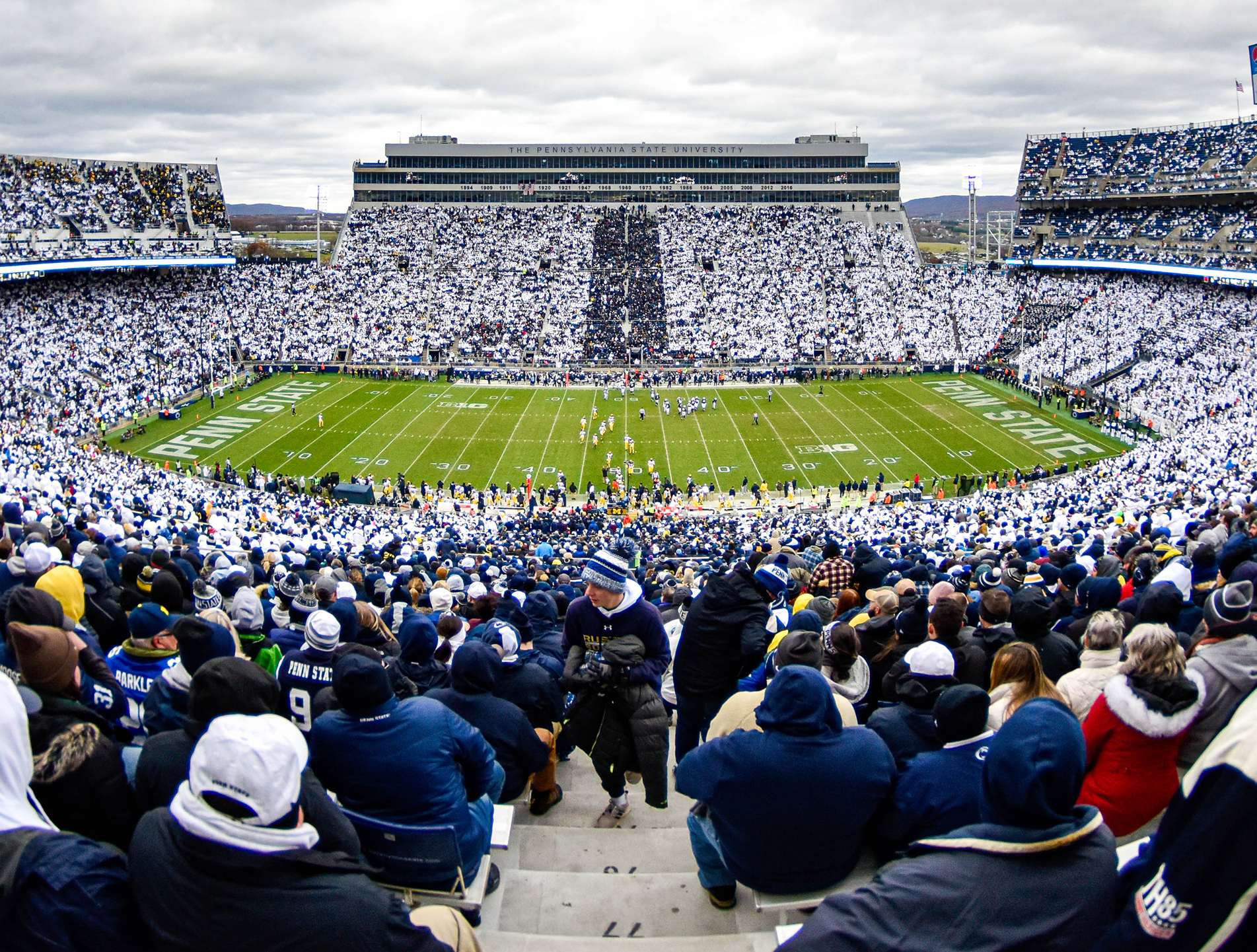 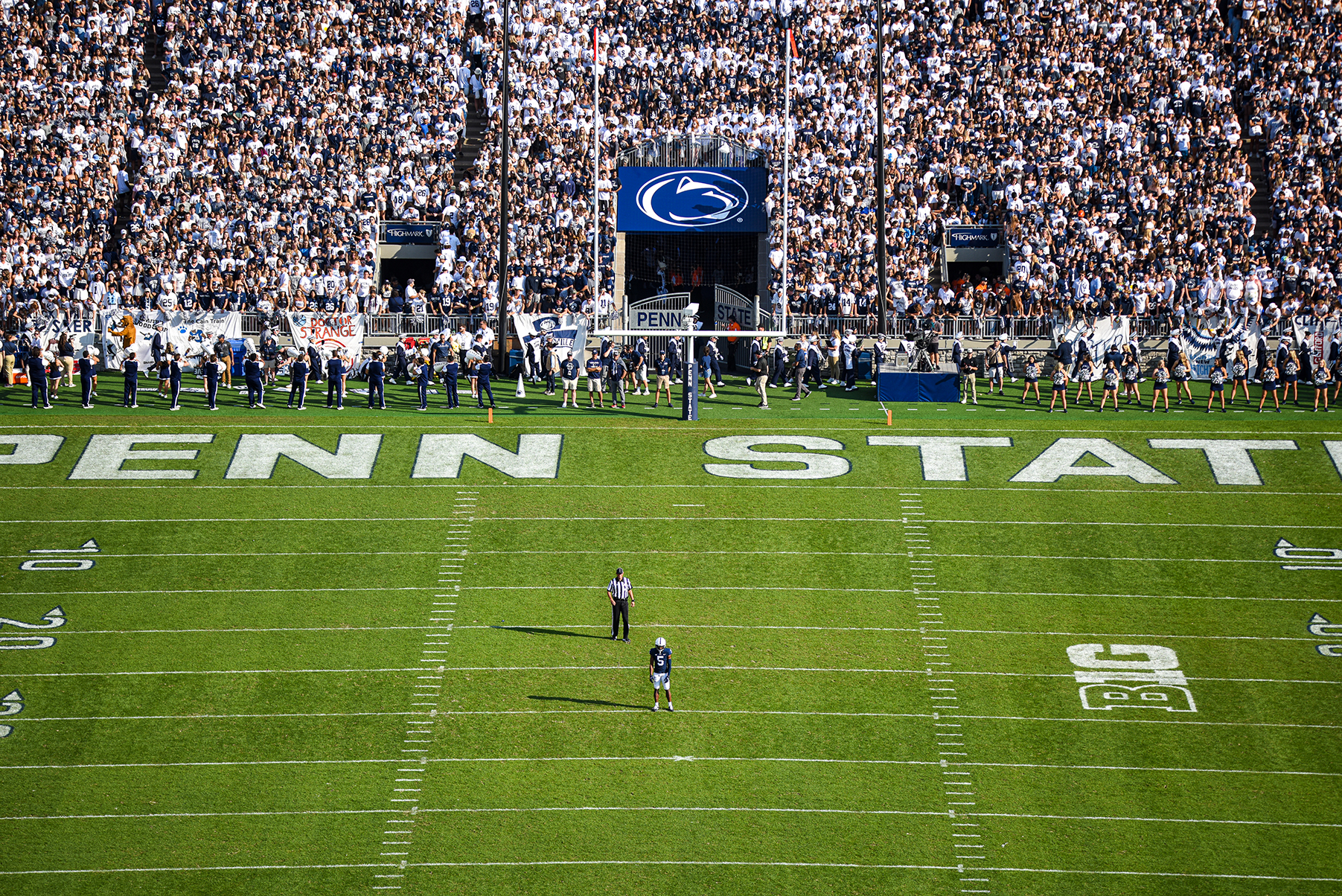 FIELD OF DREAMS: When you’ve got the best atmosphere in the country, one of the biggest stadiums on the planet, and one of the most successful programs in the history of the sport, it’s only fitting that you add expertise gleaned from the best turfgrass science program in the nation to ensure a natural playing surface that’s the envy of the rest of college football. (David Abruzzese '17 Com) 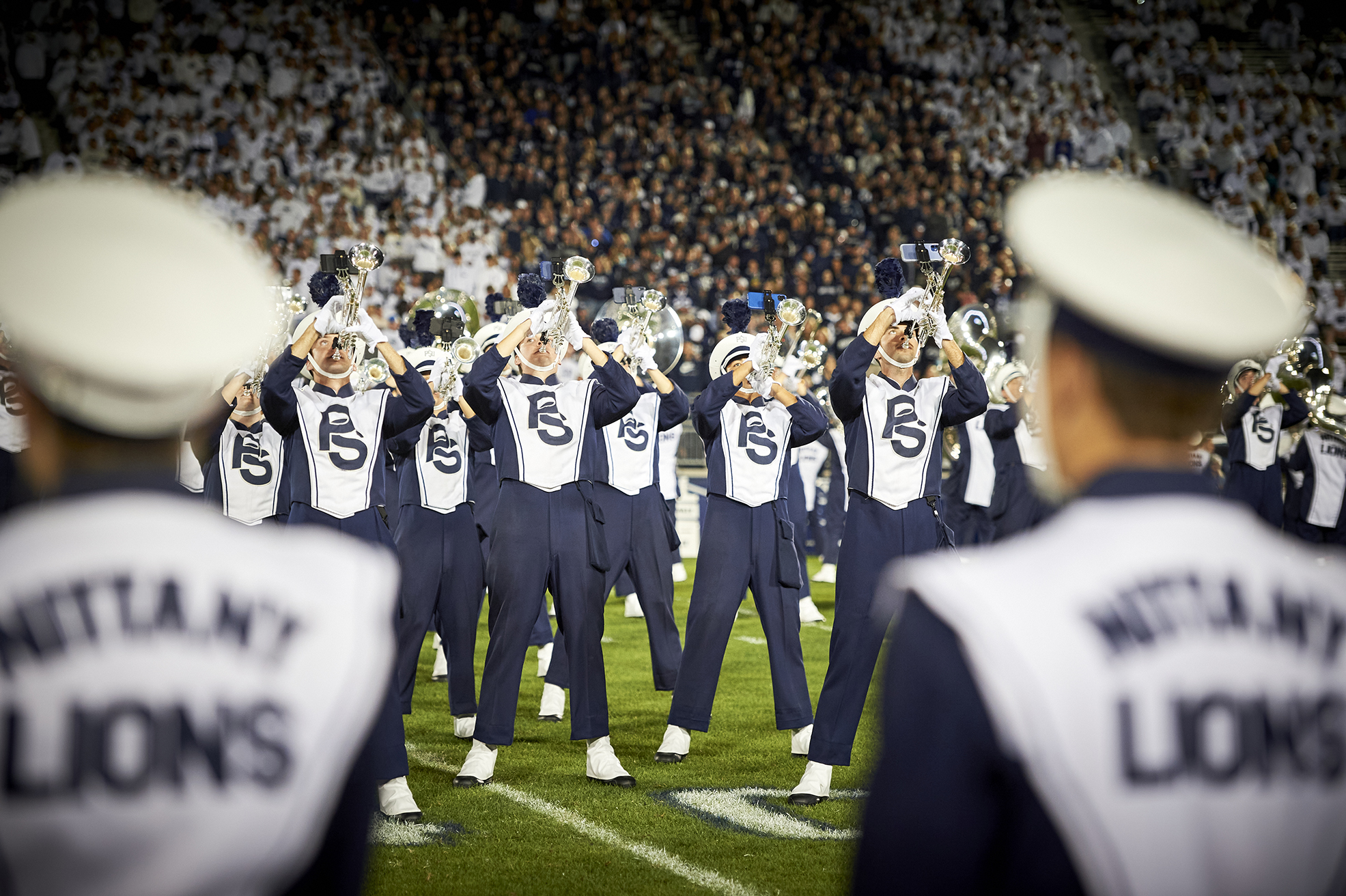 RAISE THE SONG: If you’re reading this, there’s a good chance you can’t see the photos on this page without humming the tune for which Fred Lewis Pattee wrote those familiar lyrics way back in 1901. The Blue Band’s pregame rendition is a time-honored classic; more recently, the sight of the Nittany Lions gathering postgame to sing with their classmates has become iconic in its own right. And these days, yes, even the students know the words. (Steve Tressler) 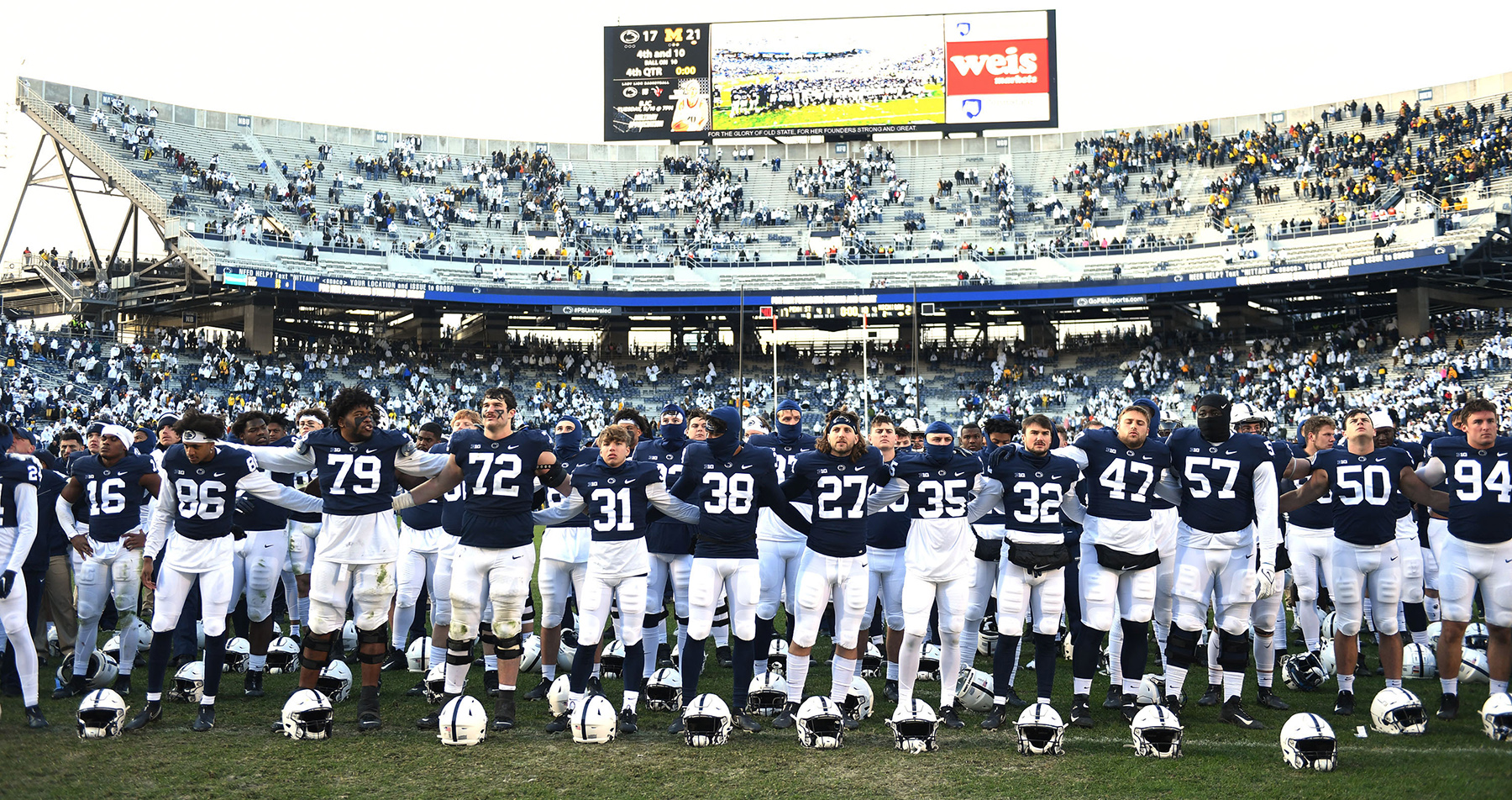 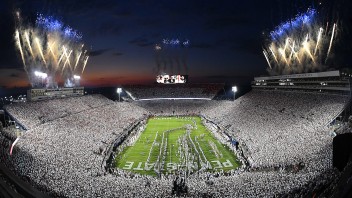 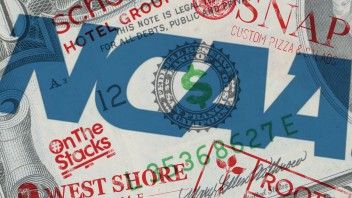 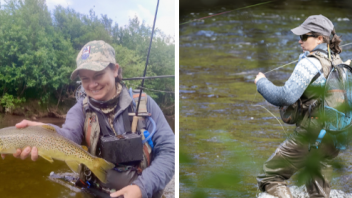