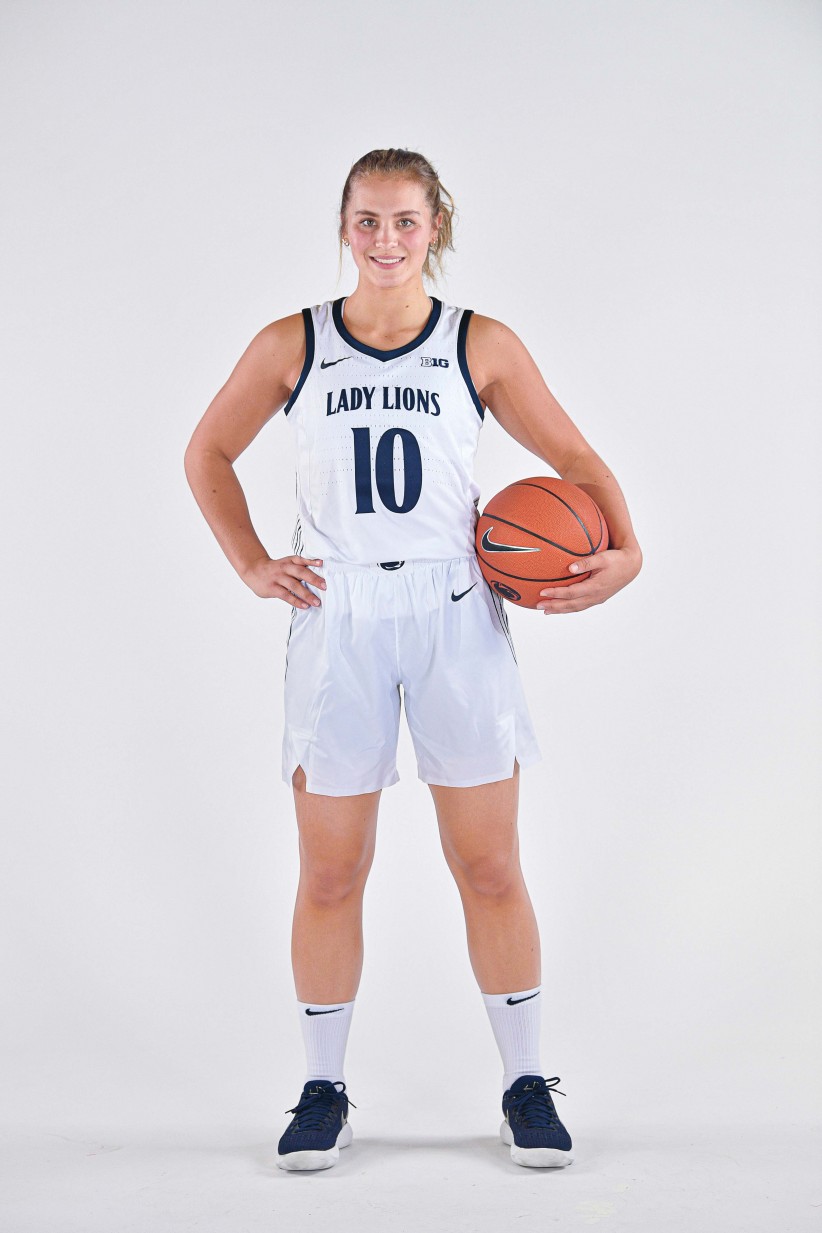 By the time Tova Sabel arrived at University Park from Stockholm last fall, she felt like she already knew her new coach, Carolyn Kieger, relatively well. But they had never actually met in person; in fact, Sabel had never set foot on campus.

At a time when the COVID-19 pandemic restricted worldwide travel, Sabel—a 5-foot-10 guard who was a four-year member of the Swedish national team and the Most Valuable Player of the U19 European League in 2019—was unable to visit Penn State during her recruitment process. Instead, the majority of her recruiting process took place through Zoom or other video-calling services. But when Kieger sent her a video with scenes from campus and testimonials from her future teammates, Sabel got a feeling that she hadn’t had with other U.S. schools that were recruiting her: “I got the sense that people seemed to have a special connection to each other. And I wanted to have that feeling, too.”

Sabel grew up wanting to be a gymnast, but her parents both played basketball and pushed her in that direction, despite the fact that the game isn’t widely popular in Sweden. Eventually, she says, “I fell in love with the sport.” Knowing that the game is huge in the United States, she set her sights on attending college in America, and says she immediately connected with Kieger’s persona and philosophy. While she’s spent her first months in Happy Valley taking online classes, working out and quarantining with teammates, the campus has already lived up to her virtual impression of it. “We don’t have mountains like this in Sweden,” she says.