Amanda Howett was sidelined by a shoulder injury during her junior year of high school softball. While she was rehabbing and attending practices, she began to take more notice of what her school’s athletic director was doing.

“I started to gain insight of what goes on behind the scenes,” Howett says, “when you’re not playing on the field.”

In 2021, less than 10 years later, Howett became the athletic director at Penn State Shenango, and her efforts to build the school’s athletic department have earned her national recognition: In November, the 25-year-old was named to Forbes’ most recent 30 Under 30 Sports list. Howett earned a bachelor’s degree in sport management from Slippery Rock University and in 2020 completed a master’s in sport management at West Virginia University. She was encouraged to apply to her current position by a former college professor. She initially assumed it was an assistant or part-time role but quickly discovered she would be in charge in her first full-time job.

“I realized what an amazing opportunity that would be, to be a part of something growing as I’m growing,” she says. “I thought it would be a great fit. We could grow together.”

Howett started at Shenango in January 2021 and went to work on a plan to expand the athletic program in a way that “made sense for the campus both financially and logistically,” she says. Men’s basketball and women’s volleyball had been established in 2018 and 2019, and funding was in place for women’s basketball, which began competition last November. Shenango will launch a coed golf team in the fall and, thanks to recent fundraising efforts, is on track to launch its baseball program in 2024.

Howett, who also helped establish a student-athlete advisory committee at Shenango, is grateful for the support she has received from campus administrators and staff. When she activated her email last January, she already had 10 messages from other Penn State campus athletic directors. “They’ve all been fantastic mentors,” she says. “I know I can call them up with whatever question I have.”

Being honored on the Forbes list was humbling, Howett says, as was receiving a nomination in the first place. “To this day, I still don’t know who it was,” she says. “But thank you.” 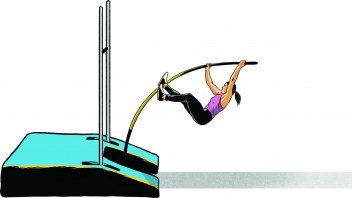 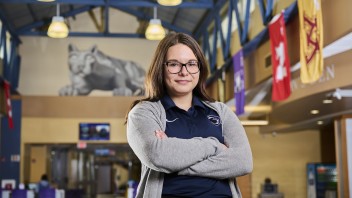 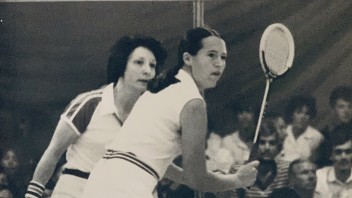