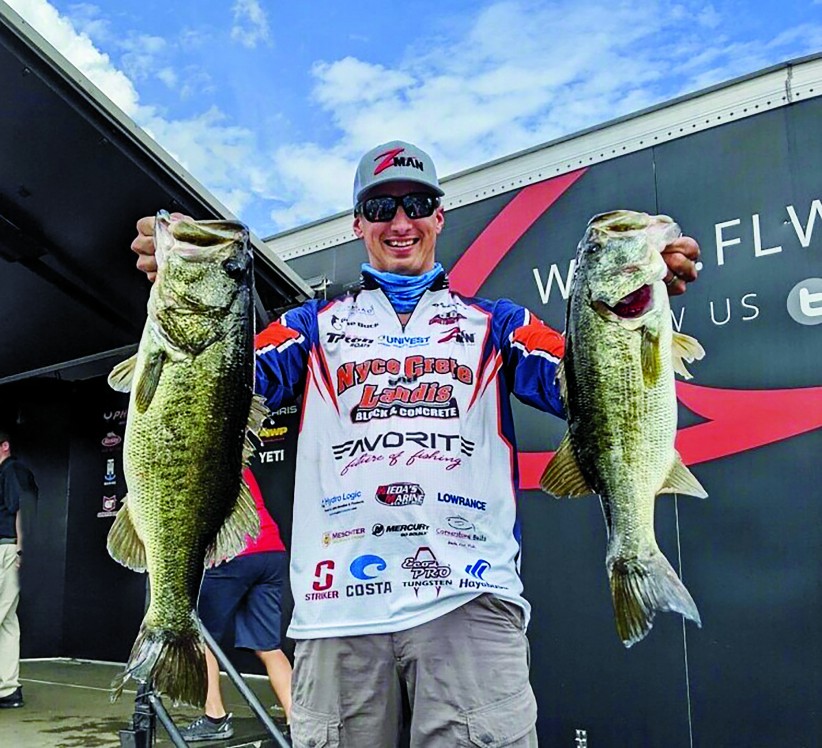 “I’M ADDICTED TO FISHING,” Grae Buck admits. “That’s all I ever wanted to do.” Until recently, Buck ’12 Agr never thought he’d be able to make a career out of fishing. As an undergrad, he majored in environmental resource management and fished with the Penn State Bass Fishing Club alongside his future wife, Jess Moldofsky ’12 Agr, whom he’d met before college. After graduation, he took a job with a lake management company. On the weekends, he signed up for competitive fishing tournaments, and found himself doing well enough that he started to make money. That’s when he decided to take a shot at turning pro.

In 2020, Buck competed in the BassMaster Classic and finished third in Major League Fishing’s Tackle Warehouse Pro Circuit, with winnings of $83,500. Over the course of his four-year pro career, he’s won nearly $300,000, and he’s done it all while remaining based out of his home in Green Lane, Pa., rather than moving south, as a number of other professional anglers do.

Grae and Jess bought a home in Green Lane with a garage to house his boat. In the offseason and during breaks, they’ll fish local lakes together, or travel to the Chesapeake Bay. In season, Buck hauls his boat trailer to tournaments as far away as Texas, Florida, and Wisconsin—he estimates he put roughly 30,000 miles on his truck last year. His primary sponsor is a local company, Landis Block & Concrete, which helps him pay for the travel and enabled him to quit his day job. Now, he says, he sees himself getting better every year.

“My first year on the circuit, I’d never fished south of Virginia,” he says. “The water just fished a lot different than what I was used to. It was a learning curve. But last year, it all kind of clicked. I’m planning on doing this full-time for a living for as long as I can.”