Skip to main content
Sports
Jack of a New Trade 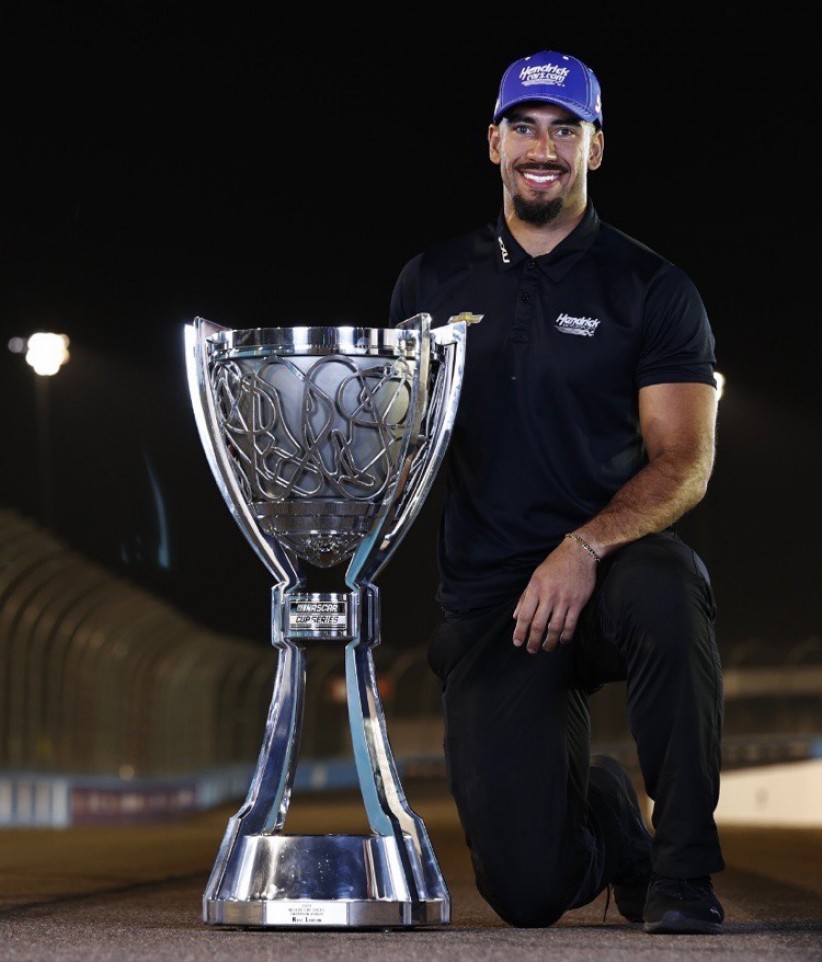 Twelve seconds—the duration of the average NASCAR pit stop—is not a long time. For Brandon Johnson ’16 Edu, who was used to football plays lasting five or six seconds at a time, the intensity is familiar and manageable.

The former Nittany Lion walk-on running back is now the jackman for NASCAR driver Kyle Larson’s pit crew, which helped Larson clinch his first Cup Series championship last fall with a blistering 11.8-second final pit stop that moved Larson up three spots in his title-clinching win at Phoenix Raceway. Johnson remembers dropping the jack, looking up, and seeing no cars ahead or to the side. “I thought, ‘We just beat everyone,’” he says. “It felt good.”

Johnson’s ascent to one of the top crews in the sport has been swift. He knew little about auto racing when former Penn State strength coach Dwight Galt IV suggested he try out for Hendrick Motorsports back in the spring of 2016. Johnson’s goal at that point was the NFL, but he went to the combine-style pit crew tryout anyway. After a brief free-agent career with the Pittsburgh Steelers was cut short by injury, he had an opportunity waiting with Hendrick.

Johnson started his career as a tire carrier in August 2018, and a few months later he switched to jackman—literally, the crew member who sets the jack under the car for a tire change. It’s a dangerous gig, but Johnson proved a natural: by the end of his second year, Johnson had moved up to Larson’s crew, and a little over a year after that had helped his driver to a championship. “Typically, it does not happen that fast,” he says.

Johnson keeps in shape by doing most of the same lifts he did as a football player, though he goes lighter on the core lifts to help alleviate the back issues that are common among jackmen. “They tell you that pit crew is easier on your body than football,” he says. “I agree and I disagree. I plan to go for as long as my body can handle it.”