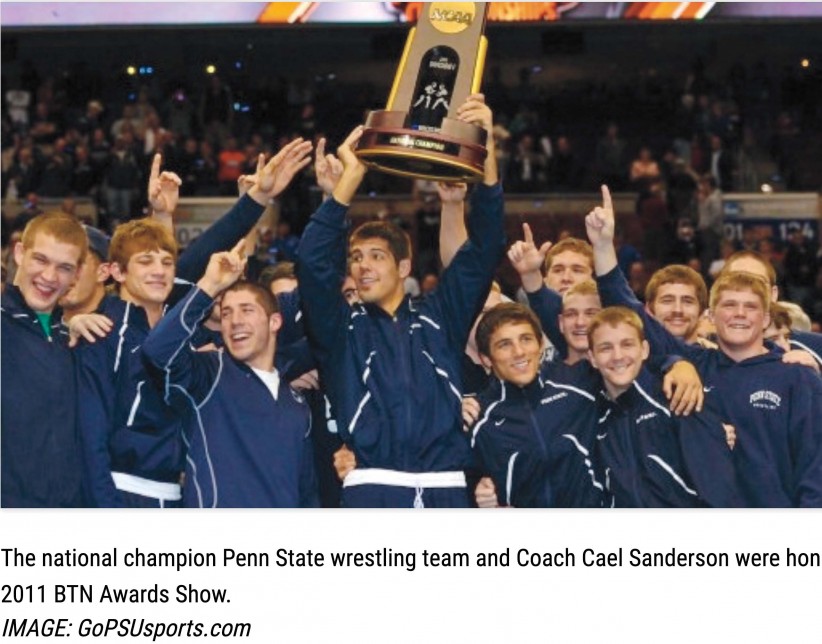 First of Many
The current Penn State wrestling dynasty officially began in 2011, when coach Cael Sanderson clinched the first of his eight NCAA team titles. The lineup he brought to nationals that spring featured All-Americans Frank Molinaro ’12 Lib, David Taylor ’13 H&HD, Ed Ruth ’14 Lib, and Quentin Wright ’13 Bus, who captured an individual title at 184 pounds, helping Penn State clinch the team crown. “Just a gutsy performance from some real tough kids,” Sanderson said. “They created a lot of expectations for themselves, and then they had to deal with it.”  —BR