Skip to main content
Campus Life
Q: Did Penn State ever have its own fire department?

A: Long before University Park was provided fire and rescue services by Alpha Fire Company, Penn State had its own firefighting brigade. The Student Fire Company was organized in 1862 by student volunteers; their equipment included 10 fire pails and a 30-foot ladder. They eventually acquired a pair of two-wheeled hand-pulled hose carts, stored in the lower level of Carnegie Library (now Carnegie Building). By the early 1900s, the Student Fire Company was the oldest student organization on campus.

Alpha Fire Company was formed in 1899, and for two decades the brigades were neighbors—and rivals. In Story of the Century: The Borough of State College, Pennsylvania 1896–1996, author Jo Chesworth ’60 Com writes: “Students and Alphas were not averse to turning their hoses on each other when called to fight the same fire.”

One of the most significant fires the two companies fought together was in November 1918, when the Main Engineering Building went up in flames. The three-story brick building and attached power plant, which provided steam heat and electricity to campus, was a total loss, and classes were canceled for a few days while utilities were restored.

In 1923, the Student Fire Company got its first motorized Autocar fire truck, donated by Andrew Carnegie. But the following year, the two companies merged when Penn State agreed to pay the borough for fire protection, and Alphas agreed to let student volunteers join their ranks. 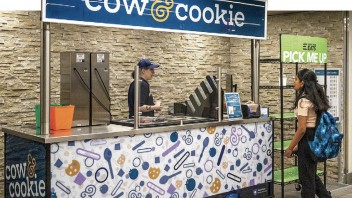 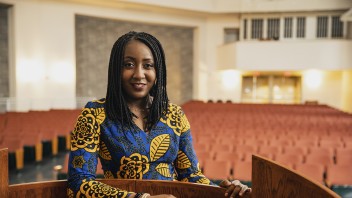 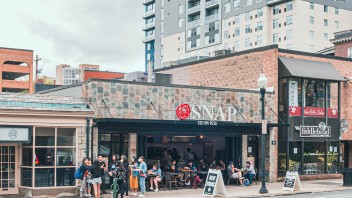