Eight former Nittany Lions were chosen in the 2022 NFL Draft. 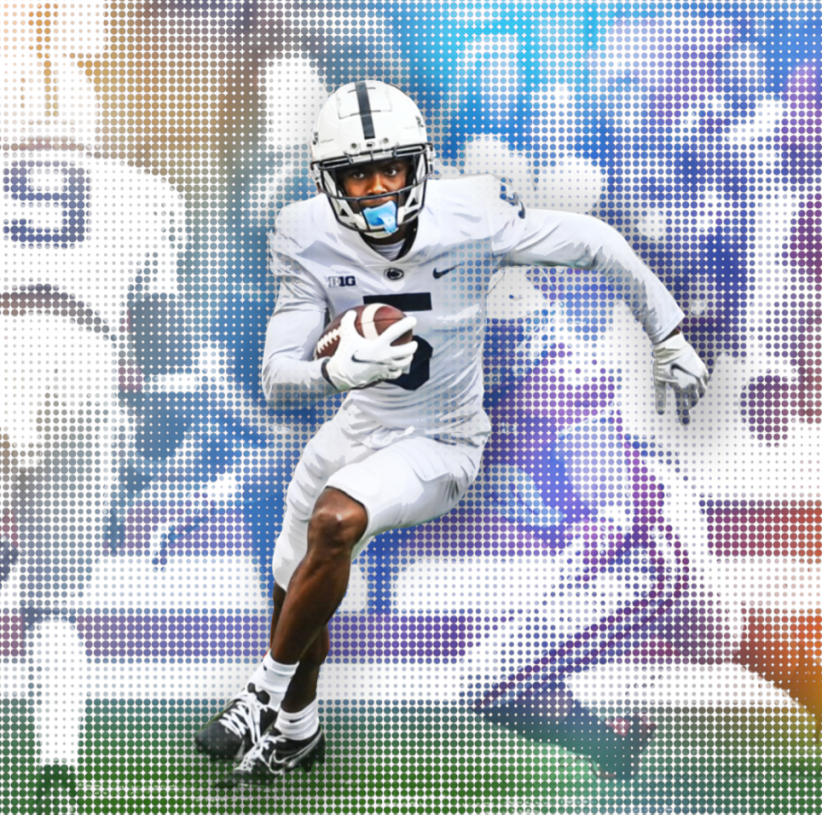 First-round pick Jahan Dotson led a parade of eight Penn State football players selected in April’s NFL Draft, the most since 10 Nittany Lions were picked in 1996. Penn State led all Big Ten teams in number of players drafted and was fourth among all schools in the country.

Dotson went to the Washington Commanders with the 16th overall pick, making him the fourth Penn State receiver ever selected in the first round and the highest since the Philadelphia Eagles chose Kenny Jackson ’96 Bus fourth overall in 1984. Following Dotson, defensive end Arnold Ebiketie (38th overall to the Atlanta Falcons) and defensive back Jaquan Brisker ’21 Lib (48th to the Chicago Bears) were second- round picks.

The Nittany Lions have now seen 375 players drafted into the NFL, which ranks seventh among Division I schools, and have had five or more players picked in each of the last five drafts.