Skip to main content
Sports
Steering Toward a New Challenge 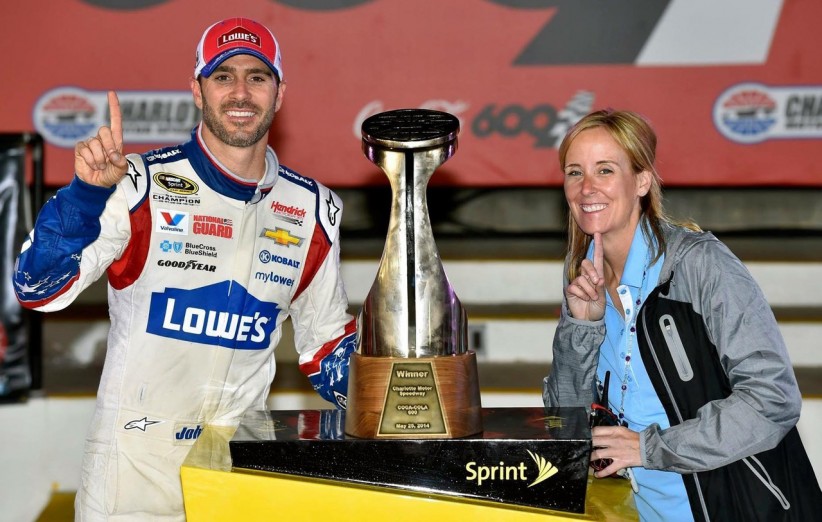 A psychology major at Penn State, Amy Walsh Stock ’95 Lib took a job after graduation as a social worker in Jacksonville, N.C. The work was fulfilling but emotionally tough. She went back to school to earn a master’s degree from Boston University and launched a career in public relations in 2000 that led her to auto racing.

After 16 years working with NASCAR, the last six with seven-time Cup champion Jimmie Johnson, Stock followed Johnson to IndyCar racing in 2020 and is currently director of communications for Jimmie Johnson Racing. As Johnson has learned how to operate a lighter and faster car, Stock has gone through her own adjustment period, whether forging new sponsor partnerships or simply finding the driver weigh-in stations at a series of new racetracks. “The great thing about this job is it’s never the same,” she says. “You don’t know what’s coming next.”

IndyCar has about 17 events per year—roughly half the yearly races as NASCAR—and Stock has enjoyed the shift in work-life balance. She stays connected with Penn State by volunteering as a mentor for students in the Sports Business Club. She has also enjoyed seeing Johnson’s NASCAR fan base follow him to IndyCar.

“We miss the NASCAR side a lot,” Stock says. “But this has been this whole new adventure.”