Even as she studies and competes, Nittany Lion fencer Kateryna Chorniy is ever mindful of her family in Ukraine. 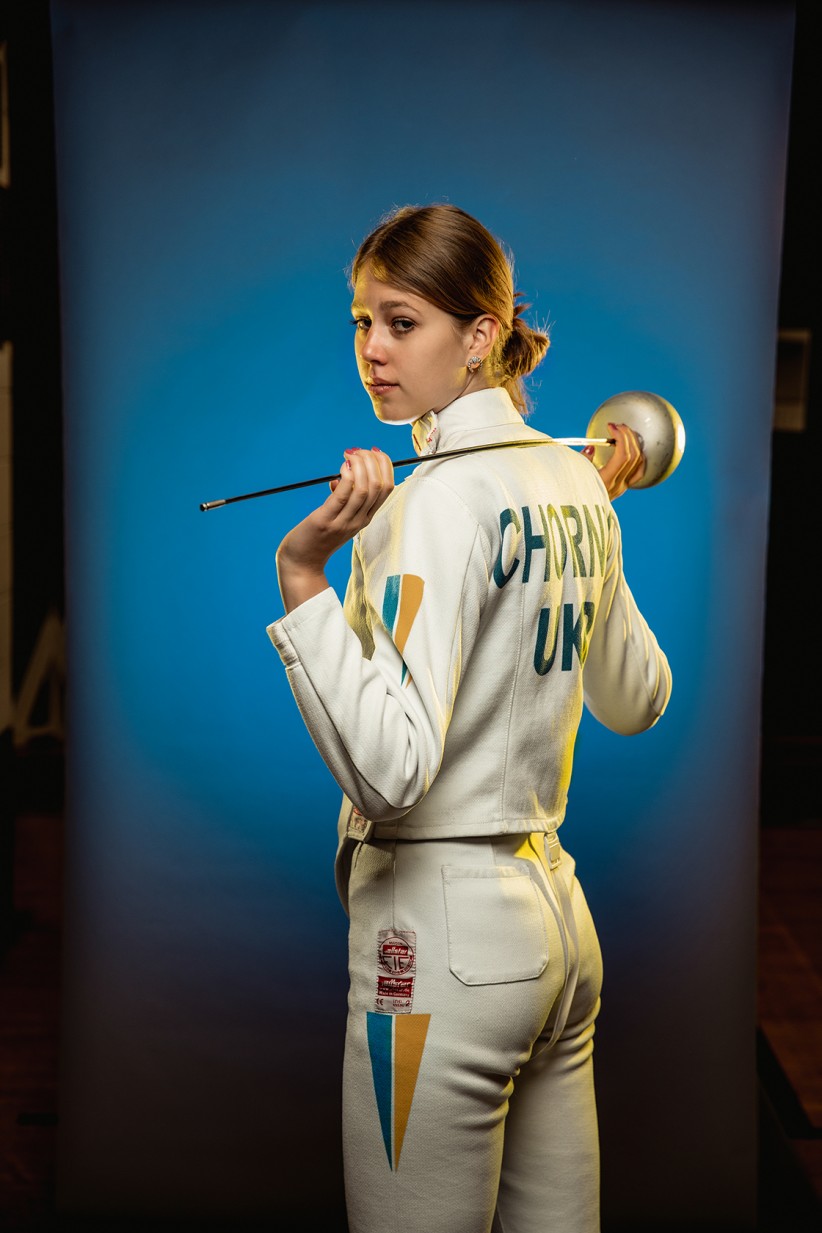 Kateryna Chorniy won a gold medal in women’s epee at the 2018 Youth Olympics in Buenos Aires, Argentina. It was a notable achievement for the now–Penn State fencer, and also surprising: Going into the tournament, she says, she hadn’t been fencing very well at all.

“I realized that fencing is more about being able to overcome the times when you’re down,” says Chorniy. “That was a really big thing for me. It could be applied to life as well.”

Focusing on her sport, which included a third-place finish at the 2022 NCAA Championships in March, has helped Chorniy keep her mind off the devastation occurring in her home country, Ukraine. Her parents, Yurii and Illona, and her older sister, Irina, have moved out of Kyiv and into the western part of the country in hopes of avoiding the worst of the Russian invasion. Chorniy texts them immediately when she wakes each morning in State College, and again just before bed each night, and speaks to them every day.

“I’m trying to be strong for them, basically,” she says.

Chorniy tried her hand at a variety of sports while growing up in Kyiv, but she liked fencing the best. It helped that she had a pair of accomplished mentors: Her grandfather, Vasyl Schubert, competed well into his 70s, winning gold at the Veteran World Championships in 2000 and 2014, and was also a prominent coach. Her first coach, Dmytro Reizlin, is the father of Ihor Reizlin, a bronze medalist at the 2021 Olympics.

She chose Penn State in part because she was impressed by current Nittany Lion fencers and U.S. national team members Jonathan Piskovatskov and Ryan Griffiths. Chorniy has developed from her first collegiate season—when she placed eighth at NCAAs in epee—by competing in practice against members of the men’s team, which the 6-foot-1 Chorniy says has given her insight on how to better use her reach.

“I find guys’ fencing more intense,” she says. “It helps me when I fence with girls.”

The junior hopes to fence for Ukraine in the 2024 Olympics, and to eventually put her business psychology degree to work. For now, she says, “I’m just happy that I’m here, that my family is safe,” she says. “I’m trying to be focused on what’s going on right now.”