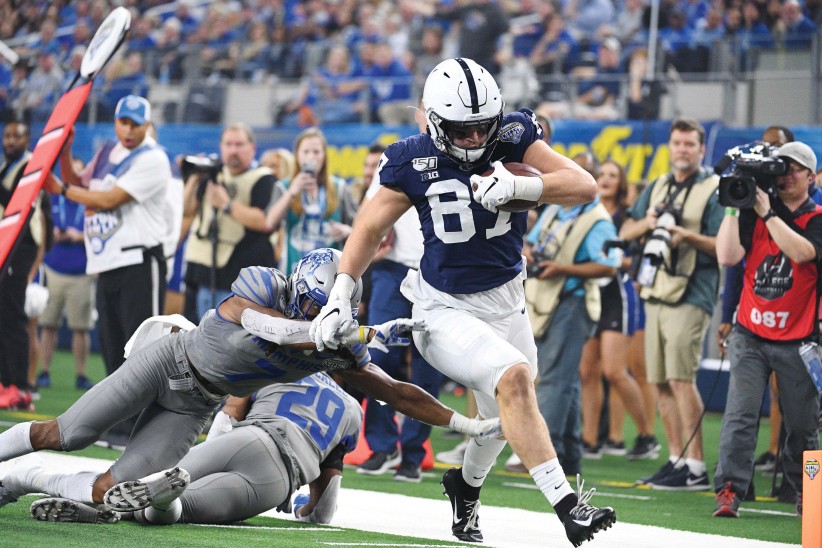 A pandemic-altered Big Ten football season was set to get underway in October following months of wrangling and public pressure to play this fall. The conference had announced in August that it would cancel fall sports due to the ongoing COVID-19 pandemic, but the decision faced growing scrutiny from players, coaches, and fans after other major football conferences began their seasons. Ultimately, a conference-only Big Ten schedule was set to begin Oct. 24, with the Nittany Lions opening up at Indiana. Each school faced a run of eight games with no bye weeks, and all teams were set to play in a new Big Ten Champions Week the weekend of Dec. 19 that would match East and West division teams based on order of finish.

Updates regarding other fall sports, as well as winter sports that begin in the fall, were pending at press time.

Inherent in the Big Ten’s decision was the adoption of significant safety measures: daily virus testing, enhanced cardiac screening, and a data-driven approach to decisions about practice and competition. Athletes, coaches, trainers, and anyone else on the field would be required to undergo daily testing; athletes testing positive for the coronavirus would require a second test to confirm it.

“Our guys have remained relentless in following our COVID-19 protocols and in their preparations to be ready to play,” Nittany Lion coach James Franklin said in a statement after the league announced the new schedule in September. Penn State, which had been ranked as high as No. 7 in preseason polls before the Big Ten’s initial cancellation, reentered the national polls at No. 10 after the league announced its updated schedule. The Lions received a welcome boost when All-American tight end Pat Freiermuth, expected by many to declare early for the 2021 NFL draft, announced he would play this fall.

By conference-wide agreement, games were expected to be held without fans in the stadiums, with the possible exception of team family members. That goes for outside the stadium as well: Penn State confirmed that tailgating would be prohibited on campus.