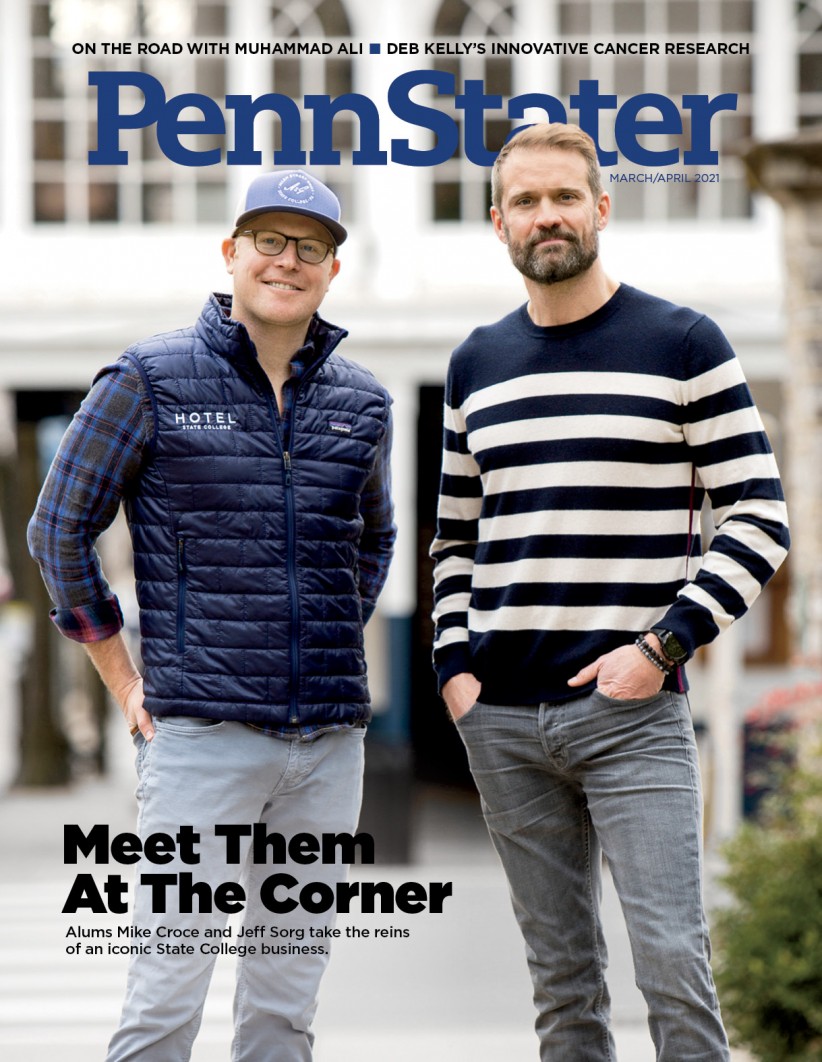 A recent Penn Stater included a letter I sent in support of the Bunton- Waller Scholarship fund that provides financial assistance to students of color [Letters, Sept./Oct., p. 11]. I proposed a challenge of raising $10,000 by the end of last year. The total gifts received was $8,150, which provided assistance to three deserving students. My reward was messages from alums who supported this effort. I renew that challenge and target $10,000 for 2021. No, let’s make that $15,000. All gifts will provide Penn Staters a step up in tough financial times. I sent a check this February. It’s your turn. For the Glory!
Michael Frank ’68 Bus,’74 MRP IDF
Doylestown, Pa.

From 1955–57 I was a young Navy sonarman assigned to a submarine detection facility located in Bermuda. I was also a forward on the nearby Naval Operating Base basketball team, which competed against other bases. Coming off a win over the Anacostia, Va., Naval Air Station, we next faced a visiting team from Andrews Air Force Base. It was a humbling experience as we were soundly defeated. The game was totally dominated both offensively and defensively by their center, who I later learned was Jesse Arnelle, then a recent All-American at Penn State [“A Great Man on Any Stage,” Jan./Feb., p. 54]. The post-game fellowship was very gracious and sportsmanlike. The more I have learned about his life, the more I feel honored to have had a brief encounter with this great man so many years ago.
Richard G. Halter ’61 Bus
Parkesburg, Pa.

It was nice to read the tribute to Jesse Arnelle. Last year, I completed a book on the Eastern Professional Basketball League (1946–78). Jesse was one of the players I profiled. He played in the league from 1956–59 for teams in Scranton, Hazleton, and Williamsport, Pa. Players were paid $75 to $100 per game and had to endure harsh winter traveling conditions, usually in their own vehicle. Mr. Arnelle exemplified what being a Penn Stater is all about in so many ways. He was a man ahead of his time.
Fred Takacs ’74 Lib
Berwick, Pa. 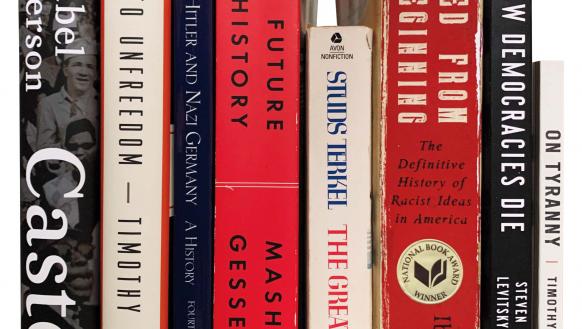 @RJPennStater Love the photo of the set of books paired with your note in the new issue. Some I know and some are going on the list. I hope some other Penn Staters check them out. —@johnisfromPA, Wear A Mask PA

As an African American woman, I commend you on addressing topics [“Black Voices,” Sep./Oct.] that are affecting the country. Thanks so much for your honesty in addressing issues that make a huge difference in the lives of others. For those of us negatively impacted, it sometimes takes others to speak out for us and give us a voice. I really appreciate it.
Dameron Jones ’94 MS Eng
Gaithersburg, Md.

Back in the early ’60s, a fitness walk of 50 miles was organized and conducted over the hills and valleys surrounding University Park. As I understand it, this walk was a challenge between Penn State and the University of Edinburgh. You had 24 hours to finish; I think I completed the course in slightly under 20 hours. Would you have any information or statistics on this event? I recall that the event was called the Atlantic Walk. I’ve tried, but have been unsuccessful in researching the internet for any info, so far.
Joe Watson ’65 EMS
San Jose, Calif. 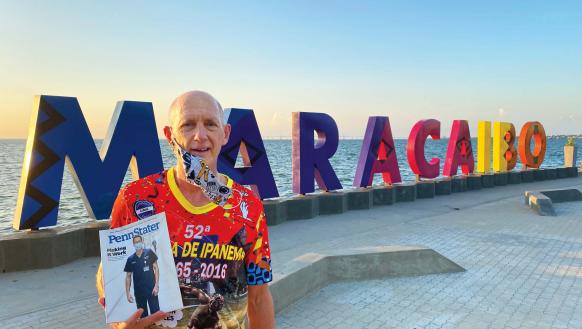 We Are Around The World
Enjoying R&R (run and a read) in Maracaibo, western Venezuela. Thanks Penn Stater. Stay safe in 2021. We Are! —Dave Minemier ’80 EMS, Houston 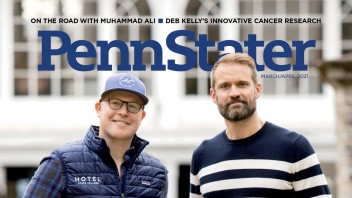 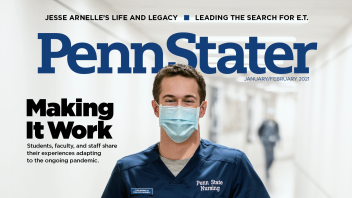 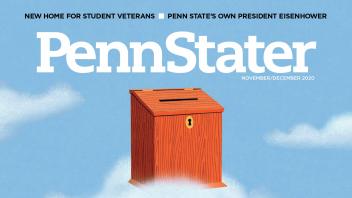