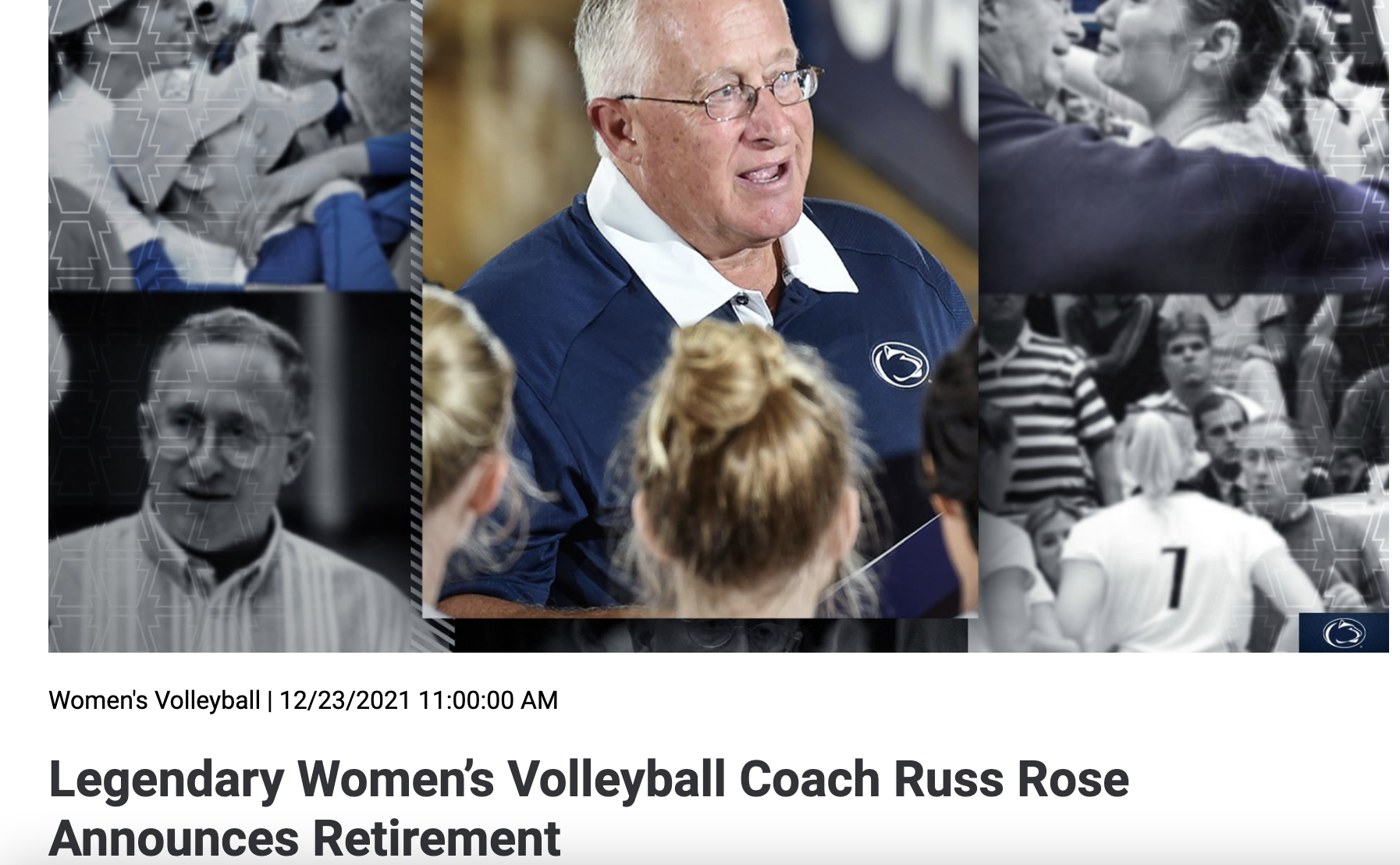 Russ Rose, who coached the Penn State women’s volleyball team for the past 43 years, announced his retirement Thursday.

Rose, 68, is the all-time winningest coach in both Penn State intercollegiate athletic history and NCAA women’s volleyball history, with 1,330 wins. The Nittany Lions won seven national titles during his tenure and had a winning streak of 109 matches from 2007-10.