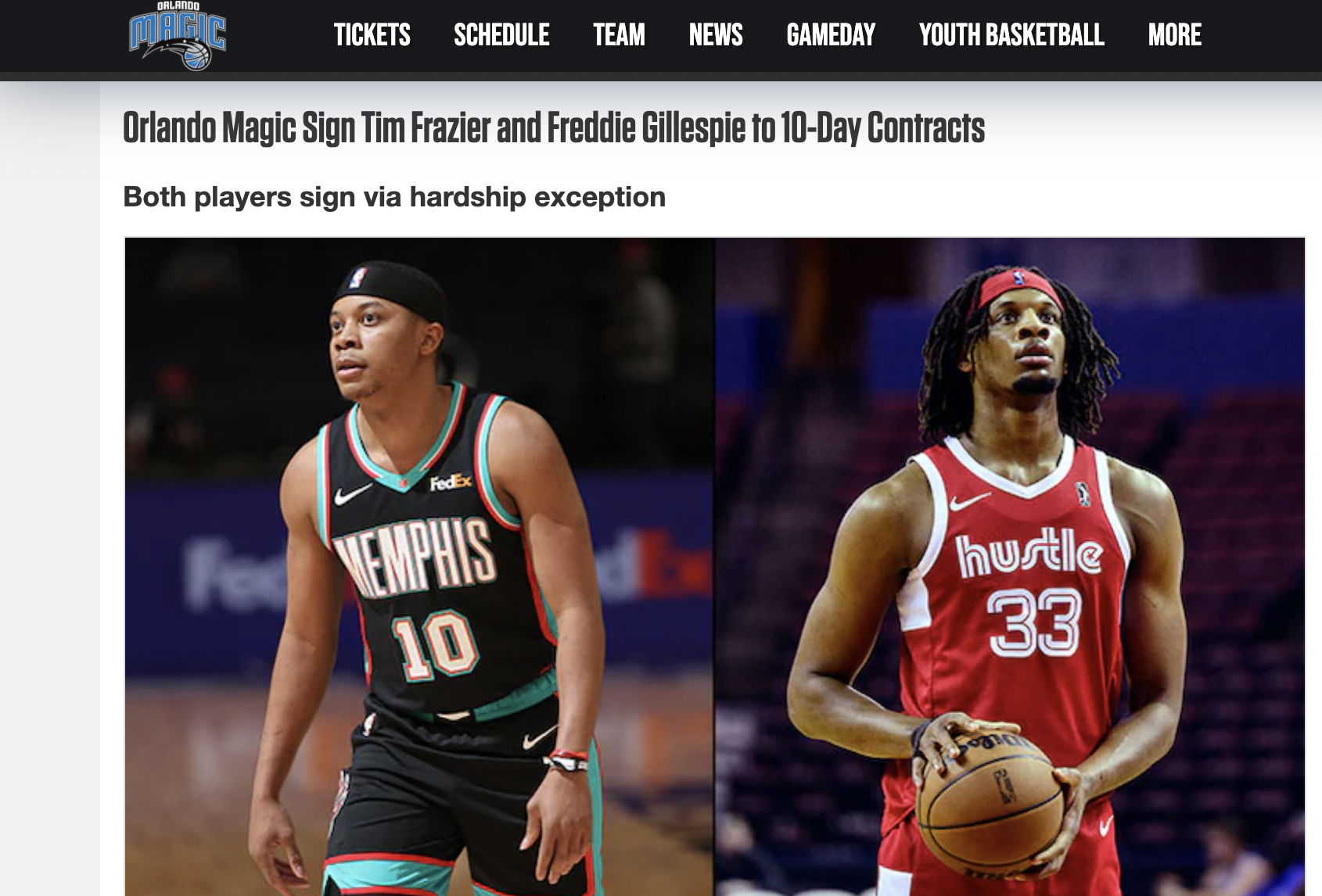 The Houston, Texas native is joining his eighth NBA franchise, having played in a total of 277 games for Philadelphia, Portland, New Orleans, Washington, Milwaukee, Detroit, and Memphis. Frazier, who was also the 2014-15 NBA G League Most Valuable Player and NBA G League Rookie of the Year, is the Nittany Lions’ career leader in assists.

The Magic currently have five players in health and safety protocols.