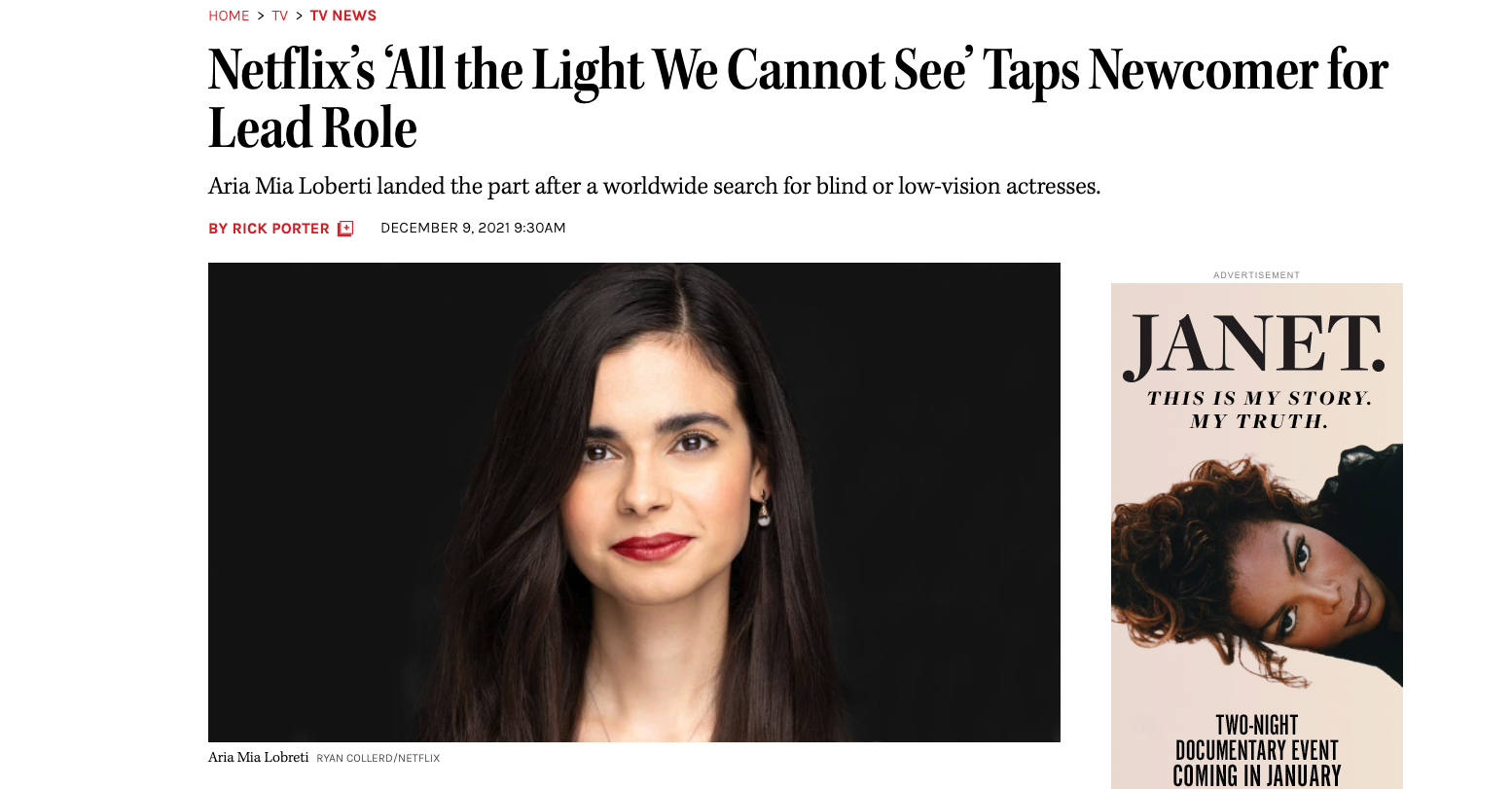 Aria Mia Loberti, who is pursuing a doctoral degree in rhetoric at Penn State, will play the lead in the upcoming Netflix series All the Light We Cannot See.

Loberti, who has been blind from childhood, was selected after a worldwide casting search among thousands of actors for the part of Marie-Laure, a blind teenager in France who meets up with a German soldier during World War II. The role is her acting debut.