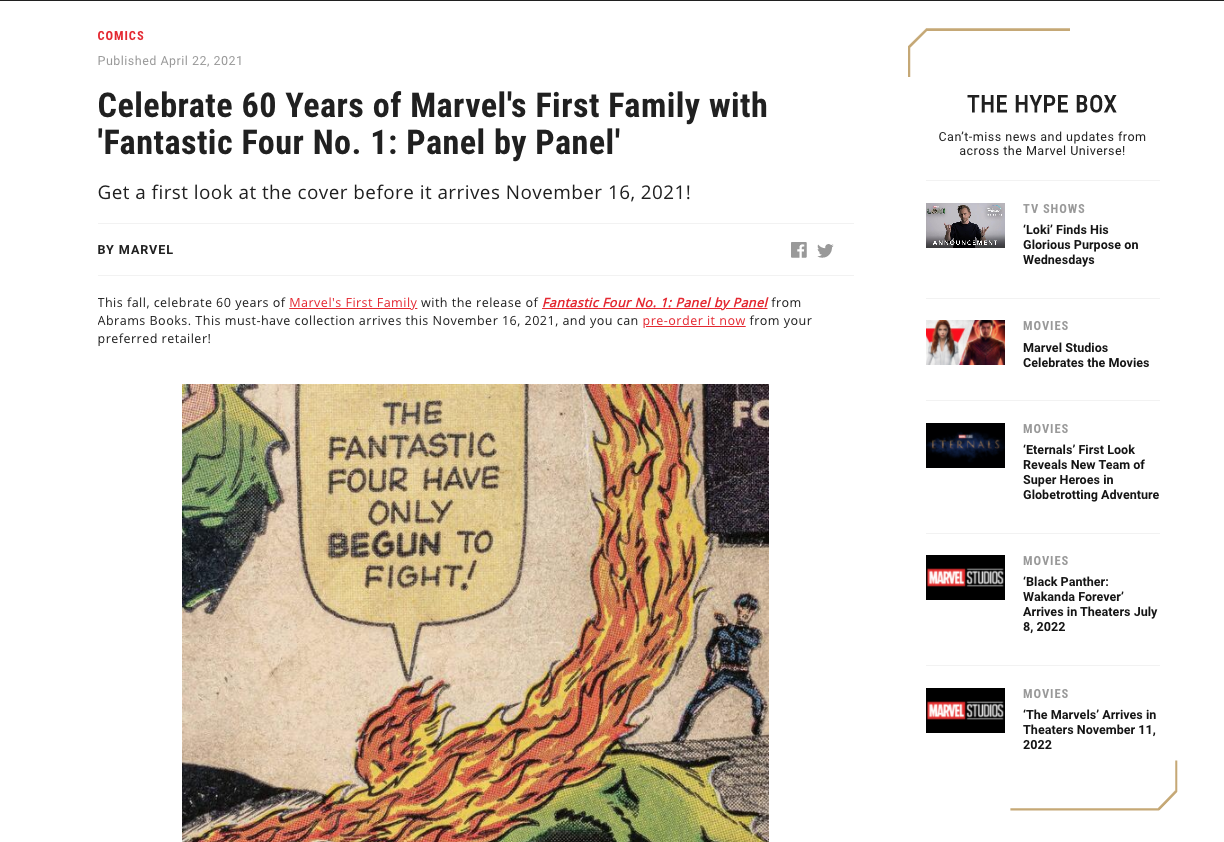 For his next project, Chip Kidd ’86 A&A—the graphic design legend whose iconic covers have graced hundreds of best-sellers—is going in-depth on one of the best-known titles in comic book history. Fantastic Four No. 1: Panel by Panel is billed as a “deconstruction” of a title that “revolutionized visual storytelling” when it was released 60 years ago. Kidd oversaw design of the new book, due to be released in November.