Skip to main content
From the Editor
If You Build It ...

Happy Valley’s thriving skate scene is eager for a park to call home.

Of all the new endeavors and distractions my family has taken up during the pandemic, maybe the most rewarding has been skateboarding. Not the whole family, mind you—my wife and I know better—but for our kids, both now teenagers, the sport has already given back more than we could’ve guessed. The benefits are many: a demanding physical activity that lends itself equally to group interaction or solitary focus, that rewards persistence (tricks like a frontside ollie and 360 shove-it do not master themselves), and that encourages self-sufficiency, creativity, and resilience. It’s also just a great reason to put down the phone and go outside.

Maybe most valuably, I’ve seen how skating helps kids manage and channel the anxiety, uncertainty, and stress that so many are dealing with these days. All of that is why I’ve been so excited about the emergence of a thriving local skate scene in State College, driven in no small part by the pandemic and buoyed by the presence of IQ Skateshop, which opened downtown last summer. Jake Johnson, one of the shop’s co-owners, is a local product and a living legend in the skateboarding world: He’s a longtime pro with national sponsorship deals who opened IQ in part to provide the sort of nurturing skate community that didn’t exist when he was growing up in town.

Jake’s dad is longtime Penn State landscape architecture professor Tim Johnson, who retired in 2019; they’re among the locals with Penn State connections working to bring a skate park to Happy Valley. State College has acres of green space and dozens of playgrounds and basketball and tennis courts, but no dedicated public space for skateboarding. As conceived by Jake and Tim, the new park—to be located on underutilized State College Borough parkland about 2 miles from campus—will incorporate design features that skaters, scooter riders, and BMX bikers of all skill levels will find challenging, and that reference the architecture of town and campus. Jake, who has tested himself at many of the world’s best skate spots, says the completed park will be the envy of skaters around the state.

With borough council approval in hand and substantial state and local government funding already secured, organizers are looking to private funding to make up the rest of the cost. By a lot of measures—check out their high-profile inclusion in the Summer Olympics—skateboarding and other “action sports” have gone fully mainstream, but too often, they still lack meaningful community support. A world-class skate park nearly within the shadow of Old Main would be a great way to change that. My kids, and lots of others, can’t wait. 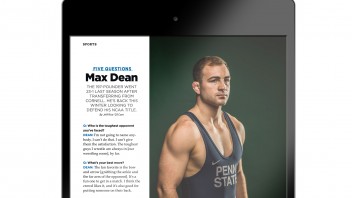 If you're not following the Penn Stater on web and social, well, you're missing out.
Ryan Jones '95 Com 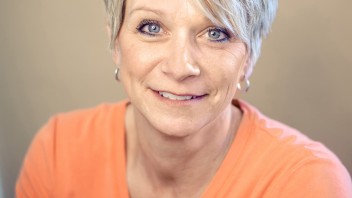 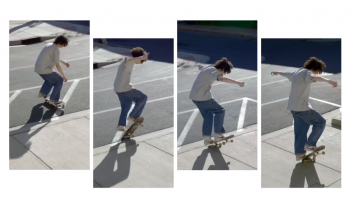