A new hotel and restaurant open in the historic Glennland Building downtown. 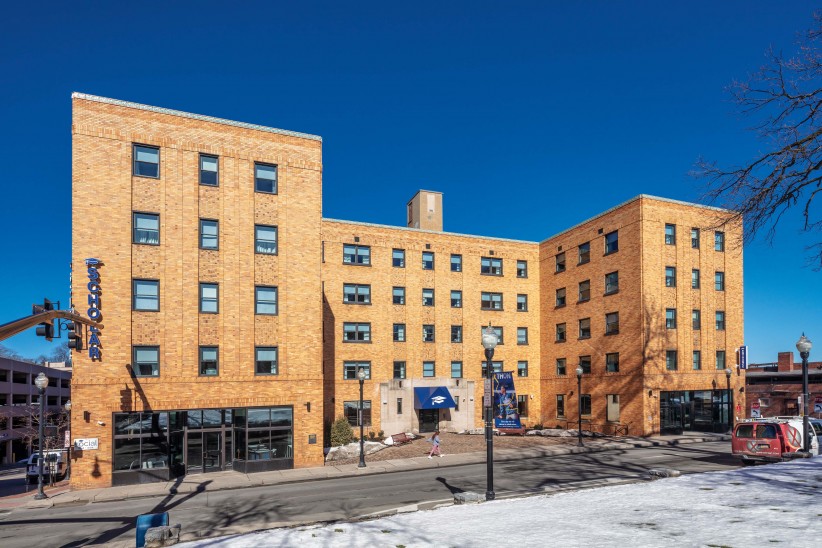 After bringing State College its tallest high-rise, the 12-story Fraser Centre, developer Gary Brandeis set his sights a few blocks east, on the town’s original high-rise, the Glennland Building, where a hotel and restaurant opened earlier this year.

“Hopefully we’re taking a building that was kind of asleep and bringing it back to life,” says Brandeis ’88 Bus of the unassuming five-story structure on the corner of Beaver Avenue and Pugh Street. The 72-room Scholar Hotel State College began welcoming guests in January, a six-month pandemic-induced delay from its planned opening last August. “Opening a hotel in January in State College is not ideal,” says Brandeis, who is on an advisory board in the School of Hospitality Management and has been a guest lecturer in the Smeal College of Business. “But we’re really, really happy with how it came out.”

The  guest rooms, lobby, and common spaces are all dotted with Penn State colors and artwork depicting scenes from campus life—décor choices in line with Brandeis’ business, the Scholar Hotel Group, which also includes hotels near Syracuse University and West Virginia University. Fifty-six of the Scholar’s rooms include kitchens, which Brandeis hopes will entice those wanting an extended stay.

Built in 1933, the Glennland Building is listed on the National Register of Historic Places. It housed the area’s first residential elevator and first indoor pool, which the college and the community used for swimming lessons. The basement pool spurred the creation of the Penn State men’s swim team in 1936 and was used for military training during World War II. It was open until just after McCoy Natatorium was built on campus in 1967. Until the hotel renovation, the building had been used for apartments and office space. Remnants of the pool area’s tilework remain on the walls leading to offices in the basement today.

A restaurant and bar on the first floor, Social Food + Drink, opened in March with full bar offerings and a small-plates menu that Brandeis says would be scaled up to three-meals-a-day service by midsummer. Acknowledging that the pandemic-related slowdowns have been “very stressful,” he says, “I didn’t have ‘global pandemic’ in my business model. But as a Penn State grad, I felt very comfortable with the market. I know the Penn State community. 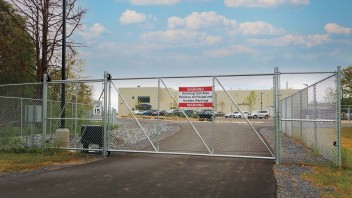 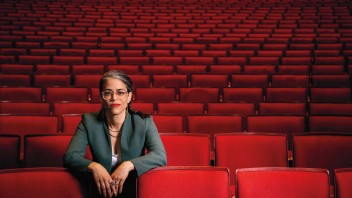 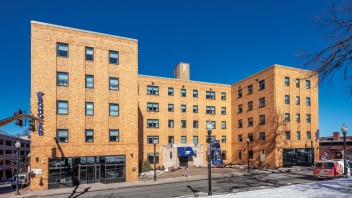