Skip to main content
Campus Life
Changing of the Guard

Penn State’s 19th president,  Neeli Bendapudi, began a presidential transition period in March leading up to her taking the helm on May 9.

The transition included a tour of commonwealth campuses and meetings with campus chancellors in addition to opportunities for students, faculty, staff, and community members to meet with the incoming president. “I’ve been welcomed so warmly into this community and am excited to begin to visit and learn from the special Penn State community that extends throughout the state,” Bendapudi said when the tour was announced.

Bendapudi replaces Eric Barron, whose retirement on May 8 makes his tenure just shy of eight years: His presidency began May 12, 2014. In that time, he has steered the university through the aftermath of the Sandusky scandal, a $2.1 billion capital campaign, major reforms to Greek life following the death of student Timothy Piazza, and the COVID-19 pandemic.

In 2015, Barron oversaw the launch of Invent Penn State, one of his presidential priorities to support entrepreneurial students, faculty, and alumni across the state. Today there are 21 LaunchBoxes and Innovation Hubs across Pennsylvania offering education, mentorship, makerspaces, and other business resources to community members and startups.

Barron and his wife, Molly, have made personal investments across the university, supporting the College of Earth and Mineral Sciences, The Arboretum, Four Diamonds, the Renaissance Fund, and the Palmer Museum of Art. With a gift of $525,000 in November, the couple established the Eric and Molly Barron Student Food Security Endowment to purchase university meal plans for undergraduate students who encounter food insecurity.

Barron’s career ends where it began: He spent 20 years at University Park as a faculty member and eventually dean of the College of Earth and Mineral Sciences before leaving in 2006. 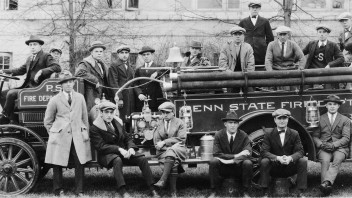 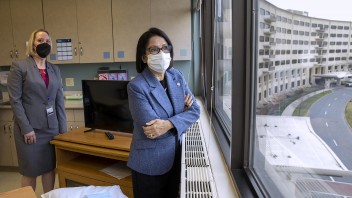 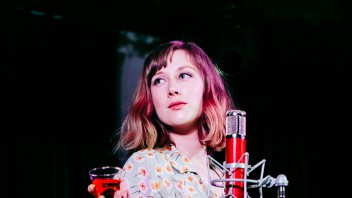